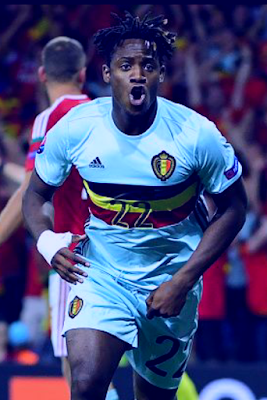 West ham have been tracking Belgian striker Michy Batshuayi for over a year and, despite a bid of over 30 million, were inable to attract him to the London Stadium in the Summer.

Batshuayi ultimately opted for Chelsea but his time there has been frustrating as he found himself down the pecking order with only 11 Premiership games and 16 appearances (4 goals) in all competitions as Diego Costa has been in scintillating form.

Now with the news that Fernando Llorente is on his way from Swansea to rekindle his relationship with Antonio Conte, it looks like Batshuayi is set to slip e even further down the pecking order at Chelsea.

A loan until the end of he season appears to be the preferred option for all parties involved and word on the street has it that the wily Hammers have pushed themselves to the head of the queue!

Either way, with an average 40% strike rate in the top flight, and with a robust 'Drogba-esque' Style, Batshuayi could be a fantastic signing if he gets a clear run of games to find his rhythm.

We will keep you right up to date on this deal as it progresses.
Posted by Verywestham at 03:38