Bobby Bubbles Player Ratings in the Win at Watford

Watford are one of our least popular opponents but Saturday demonstrated how we have started to get to grips with the Hornets. Building from our 4-1 thrashing of them at the end of last season. after a close first half yesterday Pellegrini's troops pushed on for a deserved 3-1 win that has really kick started our season. Bobby Bubbles gives his verdict:


Pellegrini: Bringing on Antonio early in the second half was the master stroke that changed the game. However, we still look disorganised and jumpy at the back! 8/10.

Fabianski:  Calm and assured despite a shaky defence in front of him. No blame for the goal. 8/10

Fredericks:  Solid if unremarkable stuff. Needs to bring more to our attack but still getting game time with Yarmo and Antonio. 7/10.

Ogbonna: More assured after the poor performance at Brighton where all the transfer talk clearly unsettled him. 7/10.

Diop:  You sense that he prefers playing alongside Balbuena. Solid performance, albeit with the odd bit of chaos but Watford are a hard side to defend against as they have a very fluid attack. 7/10

Masuaku: Not right enough for the goal but in fairness our midfield was too casual getting back and left us horribly exposed. Otherwise, another decent performance and he is decent going forward7/10.

Rice: Solid throughout without any remarkable moments. 7/10.

Noble: Captain Claret is back! A trademark cool penalty and usual strong leadership throughout. His return was undoubtedly a major factor in our getting the win. 8/10.

Lanzini:  Looks right back to his old self and back on the pace. Excellent play leading up to the penalty. Tricky throughout. 8/10.

Anderson: Always looks capable of opening things up and did so for the crucial second goal. 8/10.

Haller: Excellent stuff. Looks the real deal - pacy, skilful, two-footed and knows where the net is as he demonstrated twice. The 2nd goal was a delight. The first of many MOTMs we hope! 9/10.

Yarmolenko: Still finding his feet again but had some good moments before a surprisingly early substitution. 7/10.

Antonio: A real game changer with his physicality and movement. Almost scored twice with the second effort responsible for our third goal. It's hard to know whether he should start or provide a super sub function??? 8/10.

Next up Norwich and the chance to get into the top half. This time last year we were pointless... 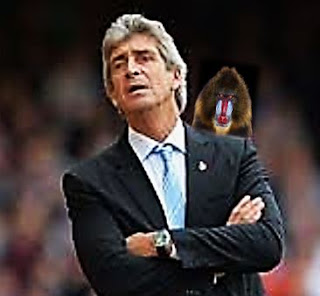 After a humiliating 5-0 home defeat to Man City, West ham now look to an away trip to Brighton to get their season started in earnest. The absence of seb Haller and Felipe Anderson is a big loss for the Hammers. Moreover, Brighton won 3-0 away to Watford last week and may expect to get a good result today but Pellegrini has shaken things up and has interesting options on the bench with Yarmolenko, Antonio and Ajeti.

The awarding of the captains armband to incoming Angelo Ogbonna speaks volumes as to how close the call is for centre back berths at present.

Posted by Verywestham at 07:01 No comments:

The Hammers may have a snazzy new kit but there may not be a lot else to celebrate about  opener against the irrepressible Man City. Our recent record gives little cause for optimism as we have continued to leak goals at a hefty rate in preseason and our results against City themselves have been conclusively disappointing in recent times, including another 4 goal concession at the Asia trophy in July.

However, it's a new start and West Ham have some new blood who can hopefully make a difference. Declan Rice is a year older and will look to make a bigger impact in midfield compared with the total concession of recent encounters. It's also worth noting that although the Hammers were thumped 0-4 in the equivalent fixture last November, we matched City in chances created! Sadly, we learned how clinical they can be. Equally, at City in February, they stumbled home 1-0 courtesy of a VERY dodgy penalty decision.

Up front, newbie Seb Haller has been forthright in his assessment of the game!  In a Daily Mirror piece he revealed "What a sh*t game to start with!.....There are better games to build your confidence. Hopefully I will touch the ball!"

Pellegrini doesn't do park the bus tactics so we can expect a high scoring thriller! We reckon City will be too strong but are opting for a 2-2 draw with Haller and one other pitching in for the Hammers.
Posted by Verywestham at 02:45 No comments: