What should Bilic do with Feghouli? 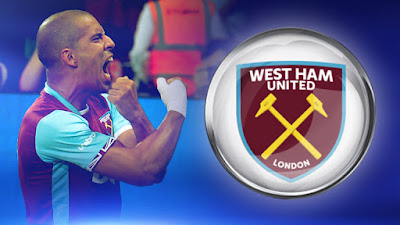 West ham's Summer signings have been a huge disappointment so far this season. Apart from Edmilisen Fernandes, they have all underwhelmed. However, while Zaza, Tore and Calleri have totally flopped, the case of Sofiane Feghouli is much less clear.

Feghouli looked like a tasty signing in pre and early season as his first touch and passing impressed, along with his ability to deputise on free kicks and corners in Payet's absence. Many fans were quietly hopeful that he would form a powerful understanding and partnership with Mr P.

However, those plans were scuppered by injury and he is only now resuming the challenge. For one thing, his return to the starting XI as a right winger has allowed Antonio to move more centrally and added a more balanced shape to our side, albeit with only a modest contribution in support of our beleaguered right back!

But more misfortune - a harsh red card against Man United, followed by a bizarre open goal miss against Man City have posed to possibly dent his confidence. Interestingly though, Feghouli kept fighting and getting forward after the awful miss and looked relatively undeterred.

With Roma trying to prise him away from the London Stadium in a deal that would see the Hammers recoup their £10million outlay, the big question is whether we have really seen enough to decide whether the Algerian truly is Premiership quality.

The jury is out for now and the games against Palace and Boro look set to swing Bilic's mind either way.

What do you think? WHY NOT LET US KNOW IN OUR FANS POLL?
Posted by Verywestham at 04:37