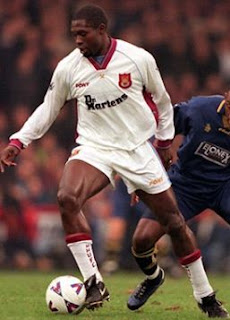 In a game that was notable more for the coming together of two Premiership clubs who enjoyed the privilege of having the in spirational presence of Marc Vivien Foe in their ranks, Man City coasted home with two sublime strikes from Sergio Aguero and Yay Toure before managing to concede an embarrassing consolation to the determined but outplayed Bubbles boys. 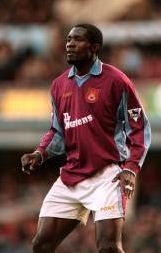 The Cameroonian international joined the Hammers in 1999 for a season that saw them enjoy a UEFA adventure under then boss Sir Harry Rednapp. He was captured back to France for a 6 Million fee in 2000 but subsequently enjoyed a spell at Man City during which he collapsed whilst on International duty and died due to Hypertrophic cardiomyopathy. A likelable and hugely talented giant of a man, he is remembered fondly. Rest in Peace big man. 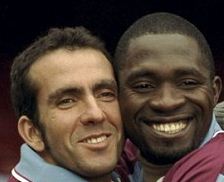 Yes indeed, the plot was all too familiar for Hammer’s fans down the years….


Saturday afternoon at the Boleyn and one side has loads of possession, lots of intricate passing around midfield, pretty interchanges abound but all to no avail as they run out losers to two sickeningly efficient strikes by a focused physically robust side with a determined attitude and definite game plan.


Except this time we were the Machiavellian victors rather than the pretty losers. Poor Wigan, lots of ‘nice’ football but all to no avail and home they headed with nought and facing relegation in the face. Hammers fans would NEVER be so cruel as to snigger at bigmouth Dave Whelan’s misfortune, NEVER.


Matt Jarvis opened matters with a ‘silly’ goal against the run of play where a cross just kept going until it ended up in the Wigan net. Wigan tried really hard (61% possession for an away side irs pretty remarkable) but ultimately as they forced things, Hammer’s Captain Kevin Nolan achieved his 100th Premiership career goal with a stunning overhead kick. Game over.


Oh, and great to see ‘magnificent’ Mark Noble back in the side. While it has been useful to note that we can cope without you, we are better for your presence.

Posted by Verywestham at 04:24 No comments:

The FA are likely to slap a twenty gazillion pound fine on Big Sam after his latest post match interview ‘outburst’. The Hammer’s boss was left fuming after Robbing a Van of Persil’s blatantly offside strike was allowed to stand by the narcoleptic officials and the Hammers were infamously robbed of a famous victory in rather familiar circumstances whereby Sir Alex’s boys got the decisions despite being the away side. Hmmm. 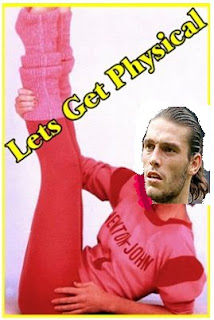 In a physically robust encounter, the Hammers stood toe to toe with the Premiership’s imminent champions and some decent pressure resulted in a cross-head down-combination from Jarvis and Carroll allowing Ricky Vaz Te to open the account in the 17th Minute. The Hammers huffed and puffed but were irritatingly caught by a swift  and ruthless Man United counter attack that ended in a simple tap in for Valencia to equalise.


In a memorably amusing moment, Andy Carroll decided to liven matters up from a corner whereby he clattered through Wooonie and De Gea who were left sprawled all over the Upton park turf with the ball nowhere in sight! Sir Alex found the incident considerably less amusing than the Hammer’s faithful and tried to use the incident in the post match interview  to distract from the outrageous offiside decision that earned his underperforming side a point.


In the past, Hammers sides have been accused of wilting when matches against top opposition have turned against them, but not Allardyce’s troops who simply got back to business  and early in the second half Momo Diame reminded Hammers fans how much we need to cuddle up to him to try and entice him to stay at the Boleyn when the season ends with a stunning strike from the right wing to put the Hammers 2-1 ahead.


Man United looked strangely subdued by a determined Hammers defence until out of nowhere Shinji Kagawa rattled the inside of both Hammer’s posts with a delightful strike which ultimate;ly ricocheted to the offside Van Pussy who tentatively tucked it away ready for the linesman’s ‘inevitable’ whistle………..and we waited…..and we waited…..and we are still WAITING 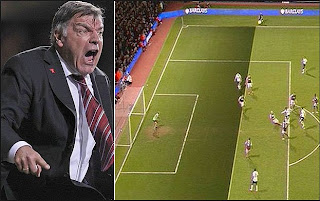 Tom Shagpuggle, President of the rapidly growing Hammers Trekkies association, has offered the only plausible explanation for the Linesperson's error by revealing that sources at the intergalactic confederacy have recently despatched a Klingon cloaking device to the Red Devils for use in concealing offside man united players. Early efforts by the Manchester club to develop their own cloaking facilities are though to have resulted in the embarrassing ‘Grey Jersey debacle’ that was blamed for a thrashing by lowly Southampton some years back. 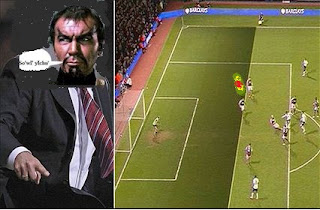 The Hammers were again reassuringly solid until the end and almost nicked it, but alas it wasn’t to be and yet another moral victory over the Mancunian’s after similar injustice in the cup earlier this season.
Posted by Verywestham at 03:54 1 comment:


It was all smiles for the two successful Premiership newbies at St Mary’s stadium as the teams shared the points with both edging ever closer to assured Premiership footie next year.  In a predictably tight encounter, Southampton enjoyed more of the possession but wereunable to convert this into decent scoring opportunities. The second half sparked in to life when Ramirez, enjoying considerable good luck as the ball ping-ponged off James Tomkins to allow him clear sight of goal and he coolly slotted the ball past Jaaskelainen. 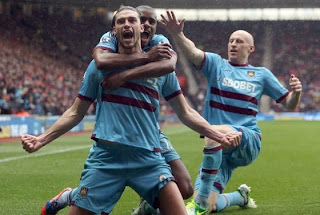 However, the Hammers were having none of it, and as they have done all season, immediately bounced back. Within minutes the on-form Andy Carroll capitalised upon some quick thinking from a Gary O’Neil free kick and slammed the ball in to the Saints net. Both sides pushed for all three points but in the end it was peace and love with satisfied smiles all round.

Posted by Verywestham at 03:04 No comments: 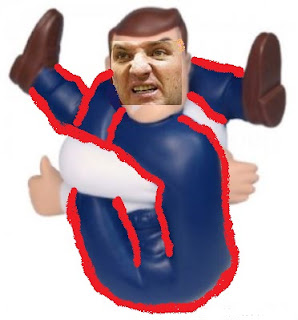 And so the Liverpool revival was dampened by the visit of a resilient and determined Hammers side who ruthlessly extracted another useful point in their mission towards mid-table Premiership obscurity. Red's boss Brendan Rodgers simply had no answer to the Allardyce gambit and in the end the Bubbles boys were unlucky not to end their 50 year Anfield hoodo with a late effort.


Posted by Verywestham at 00:13 No comments: 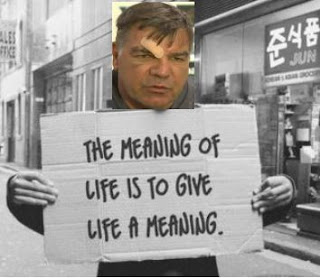 With just over three quarters of the season complete, the Hammers find themselves happily positioned comfortably above the relegation battle and needing to pick up just a few points here and there in order to fully complete their primary mission for the season by ensuring Premiership survival.

However, the apparent lack of pressure appears to be posing a challenge for some of the Bubbles gang, who are finding it hard to fill in the free time. While former Hammer, Paulo Di Canio is wrestling with the semantics of fascism, Big Sam and his boys have turned to the philosophy of existentialism to try and give the remainder of the season some meaning.

Top Hammers sports psychologist, Heimreich von Pseudobabble, has highlighted the absurdity of the Hammers mid table position and expressed deep concerns over the potentially  devastating awareness of meaninglessness  that may befall the squad. Some evidence for a growing existential angst may be evident in Big Sam’s mysterious ocular haematoma, which far from representing the fallout from a ‘domestic’ or other minor occurrence, may represent a deep unconscious desire to escape form all this pointlessness.


Meanwhile, Bob Crapbogs has lashed out at all this psychological lassitude by reminding the Hammers that they haven’t won at Anfield for 50 years. Now there’s a reason to get motivated for today’s lunchtime encounter.

Posted by Verywestham at 05:53 No comments:

Just as another ruthlessly efficient home performance by the Bubbles boys was drawing to a close, up pops Yousouf Mulumbu with a remarkable piece of creative thinking. Realising that his team had been hopelessly outplayed by a dominant Hammers side, and trailing 3-1, he realized that the only way to get something from the game would be to seize 3 oints rugby-style for a drop kick over the Hammers bar. Unfortunately for the Congolese starlet, the wily Gary O’Neil was well positioned to block the audacious effort. 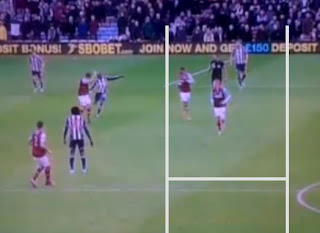 However, it could all have been very different only for Jussi Jaaskelainen’s sensational reflex save from Romelu Lukaku’s sizzling free kick. Somehow he managed to push the ball on to the post from where it rebounded and bounced around like a high scoring pinball but thankfully stayed out of the net. 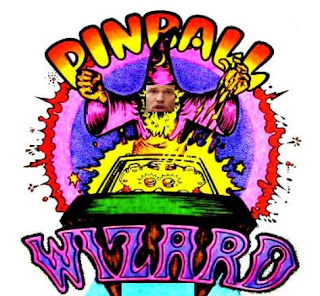 Soon after, Andy Carroll overpowered the Baggies defence to nod in the opener from a well flighted Gary O’Neil free kick and the Hammers were up and off. The chances began to flow freely but were wasted until finally O’Neil took it upon himself to unleash a sweetly flighted chip into the Baggies net after good work from the bustling Ricardo Vaz Te.

The Baggies responded well at the beginning of the second half but could not out wit the in form Jasskelainen and with ten minutes left Carroll struck again with a delightful volley off a high ball that came over his shoulder. Delish!

As injury time arrived, referee Andre Marriner awarded West Brom a decidedly soft penalty to add some respectability to the scoreline, but in truth the Hammers were well deserved victors and are almost guaranteed Premiership footie again next year…..mission almost accomplished! However, as our close friends and allies from up North can attest to, it's still possible to get relegated from a seemingly safe position if you lose your focus. 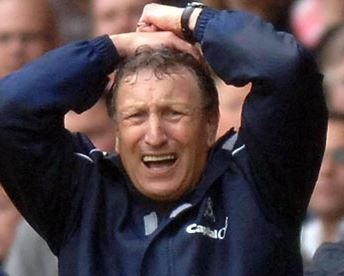 Posted by Verywestham at 13:19 No comments: