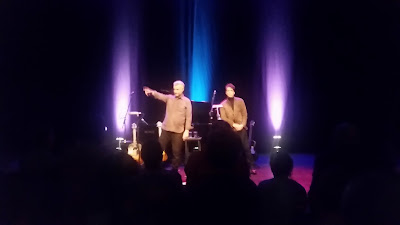 Last night a packed house at Letterkenny Co. Donegal were treated to the wit, wisdom and music of top Hammer Billy Bragg.

As always, the bard of Barking treated the crowd to entertaining and thought provoking banter, including a tale about visiting the venue where Robert Johnson recorded some of his classic tunes.

The Braggmeister explained how just like Robert Johnson, he attempted to sell his soul to the Devil - in his case trading for West Ham to win the Premiership! However, The Satanic one declined revealing - that's more like a miracle - you need to talk to the other guy for those😜 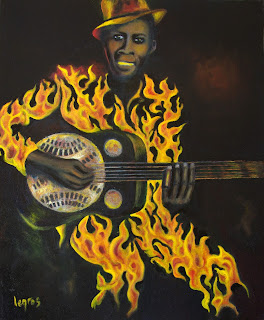 Otherwise, Bill treated the crowd to tracks from his latest album recorded with Joe Henry that includes a series of railroad classics. However, top tunes of the night for the Irish audience were Bill's reworking of 'The times they are a changin'BACK' and a stirring rendition of 'Between the wars'.

Describing recording the album during the journey across America's train network, Bragg commented how they did not predict all the craziness that the past 6 months have brought - Brexit, Mr Trump...... and Leicester City!!!

There's hope yet for us all... Hammers for the Champions' League!!!