Who are the Best and Worst Strikers of the Gold & Sullivan Era? 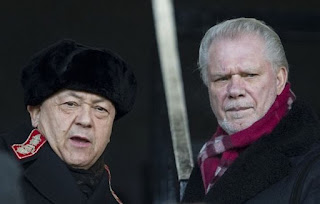 As the January transfer window moves relentlessly towards its conclusion, West Ham are still mighty short on attacking resources to support a push up the table.

While there can be few who would doubt that Mr Gold and Sullivan have been at the heart of bringing our club from a shambolic laughing stock to one of Europe’s fastest growing wannabes, many would say that we seem remarkably inept at identifying strikers who can cut it at the highest level. West Ham seem to struggle to commit to the big-money signings that bring a guarantee of goals and instead have to date preferred to mostly gamble on less costly talent.


Since Messrs Sullivan and Gold took over in 2010 we have acquired 33 players who would be deemed ‘strikers’. That’s an average of more than five newbies per season! Of these, only Andy Carroll and Diafra Sakho have pushed on (albeit with injuriy problems) while of the rest the majority have either stalled and slipped down the leagues or moved on after journeyman stints. Jaanai Gordon, Antonio Martinez and Ashley Fletcher remain in the 'developing' category. Of the loan deals, only Andy Carroll has graduated to a full contract.
Ricardo Vaz Te was also undoubtedly also a successful signing, albeit that his form petered out., Demba Ba was excellent but had to be moved on after relegation, while Carlton Cole is a top geezer and despite the lack of goals was also a decent signing.


One could argue that Kevin Nolan, Dimitri Payet and Michail Antonio are examples of midfielders who are so attack-oriented that they could certainly be deemed forwards, albeit not traditional 'Strikers' and each of these were successful signings for the club.
However, it’s pretty clear that if we really harbour top six pretensions, we need to get a whole lot better at finding forwards and perhaps it’s time to grasp the nettle that you only get what you pay for!


Here’s the list and our VERYWESTHAM ratings for each…

13. Ricardo Vaz Te - undisclosed from Barnsley in 2012. 19 goals in 61 appearances. Let go to Turkish side Akhisar in 2015. Kinda legendary in status due to winning play off goal but silly injury and loss of form scuttled his career. 7/10.

31. Jonathan Calleri – loan in August 2016, 22 years old at time of arrival, 1 goal in 10 appearances and thata was courtesy of a lucky deflection! He looks lost and it’s clearly time to move on. South American contract weirdness appears to be main barrier to a much needed departure. 1/10 (for the goal!).

32. Antonio Martínez – £2.4m in July 16, 19 years old, 0 goals in 0 appearances. Scarily good for development squad. Fingers crossed but as of yet untested.

33. Ashley Fletcher – free transfer in July 16, 20 years old at time of arrival, 1 League Cup goal in 16 appearances. Poor return but looks the part and most of his appearances have been as sub. Needs to start scoring. 5/10.
PHEW!!! That's a lot of huffing and puffing without a whole lotta goals! If Scott Hogan or Chris Wood does arrive in the next 4 days they don't really have a lot to live up to.
BTW the best signing was undoubtedly Andy Carroll, while the worst is a toss up between Benni McCarthy and Simone Zaza - on balance, neither managed a goal but at least Zaza looked like he was trying, Big Mac thus wins the WORSTEST STRIKER award!
COYI!