Ahead of today’s crucial Premiership clash with the Baggies of Bromwich, rumours abound that the Boleyn Boys are set to undertake a Summertime visit to Big Sam’s former stomping ground at Limerick FC. The Irish club, who experienced promotion success uneer Big Sam during his year at the club, have endured hard times in the interim but have now bounced back after promotion last season. Already the Shannon-side outfit are proving a tough proposition in the League of Ireland and look set to build upon their recent ascent. 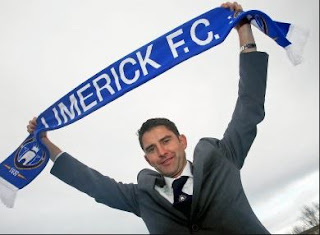 In other news, West ham have indicated that they intend to win today’s match against West Brom. The returning Kevin Nolan and Joe Cole are set to push the Hammers towards assured survival. With positivity levels sky high in the Olympic stadium-bound club, it is thought that the pure exuberance of the Bubbles boys will be too much for the saggy baggies today. 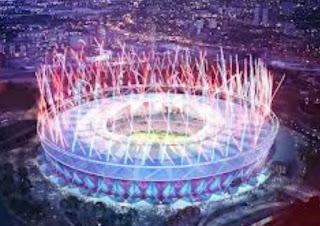 Posted by Verywestham at 04:19 No comments: 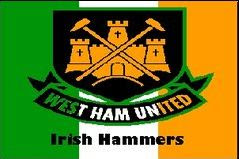 Big Sam’s hardy Hammers head across London to swanky Stamford Bridge looking to further fuel the unrest at the spoilt brat West London club. Under siege from disgruntled fans, Raffa the Gaffa’s leadership has failed to the Blues and will almost certainly end with a fruitless season’s toil and may even end without securing Champions league football for next year. In contrast, the Hammers have enjoyed an exciting season back in the top flight dishing out some decent beatings to QPR, Fulham and today’s overconfident hosts. Onwards and upwards for the Bubbles boys.


No doubt the opportunity to inflict the first double over Chelski for ten years will provide considerable incentive for the Hammers who, despite missing Noble, Nolan and Cole, will provide tough opposition for an inconsistent Chelski side. Soon to be homeless midfield ‘ace’ Frank Lampard will be seeking his 200th career strike and would love to celebrate against his former employers. Unfortunately, the chubby one may find that such stories are reserved for fairy tales and other bedtime stories.

Meanwhile, Ireland’s top fleecer of the mathematically challenged, Paddy O’Power, has given odds of 10-1 against Joey O’Brien celebrating St Patrick’s today with a goal and the very attractive 500-1 against West Ham repeating the 1986 5-3 scoreline! 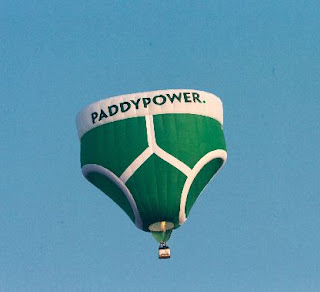 Either way, Beannachtaí na Féile Pádraig!!!
Posted by Verywestham at 08:08 No comments:

As the Olympic stadium saga rolls on and on well past its sell by date, the heroic Hammers appear to have finally taken sympathy on the suicidally-fatigued public by conceding that their supersized East London neighbours at Chicken Oriental FC should rightfully claim the stadium as their new home. It is hoped that this may bring closure to the issue but some legal experts have suggested that Leyton Orient are now likely to mount a legal challenge to West Ham’s efforts to abandon the competition as they had hoped to bring some meaning to their modest clubs activities by fighting an endless and amusingly pointless battle over tenancy as a means of garnering occasional media attention.


The latest challenge is rumoured to be based upon a number of indisputable facts that include;


1. Leyton is in East London, not the Orient as some new followers of football sometimes imagine.
2. Despite their ‘exotic’ moniker, Leyton Orient are actually a drab and mostly pointless club.


3. The O’s biggest ever home attendance was 9,266 and their average home attendance last season was a whopping 4,298. This could pose a health and safety issue at the Olympic stadium due to spectator overcrowding.
4. Their current home ground at Brisbane road is an overgrown shed. 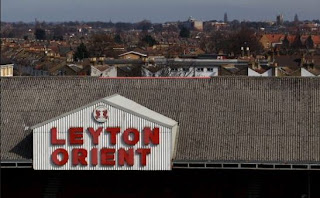 5. The O’s current home kit makes them look a little like Arsenal (from a distance and for the partially sighted) which adds to their optics as a ‘big’ club


6. Having finished a lofty 20th in League One last year, some Orient fans predict that top level European Footie is imminent for the club. 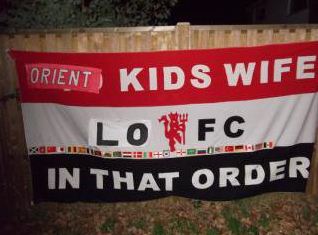 7. Leyton Orient have never been to Wembley. Cruelly they reached the Johnstone's Paint Southern Area Final in 2012–13, but were beaten 3–2 on aggregate by Southend United, and thus missed out on their best chance to get to Wembley.
8. The Orient board are indefatiguable, unlike their first team who regularly concede late goals and thus remain paralysed in the bottom half of the old division three.

Posted by Verywestham at 13:06 No comments:

"Breathless, we flung us on the windy hill.
Laughed in the sun, and kissed the lovely grass" 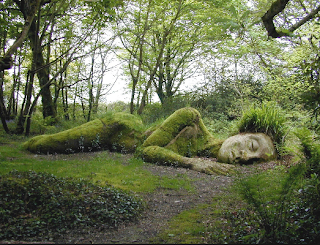 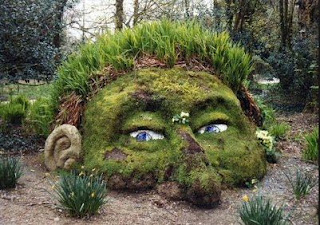 When suddenly, up popped a mischievious Jack Collison to slide one into the net! 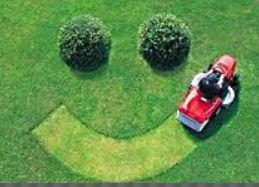 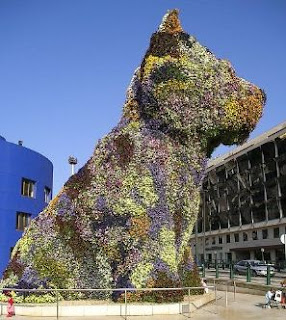 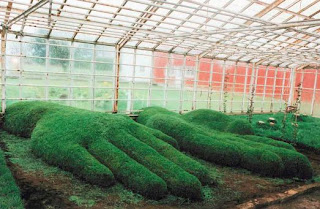 But in the end the Hammers held out quite handily 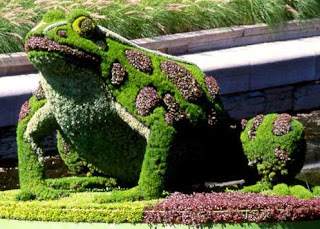 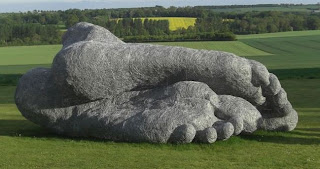 while taking a big step towards Premiership survival.

Anyone got any sherry?
Posted by Verywestham at 10:19 No comments: 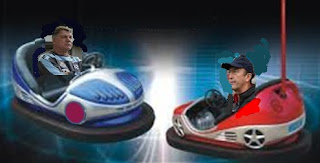 It’ll be an over-18s only show at the Britannia today as two misfiring heavyweights collide in search of much needed Premiership safety points. Both sides have picked up a mere 4 points in the last possible 18 and will be seeking to reverse fortunes. West Ham in particular will still be smarting from the stunning last minute Gareth Bale winner at Upton Park on Monday. 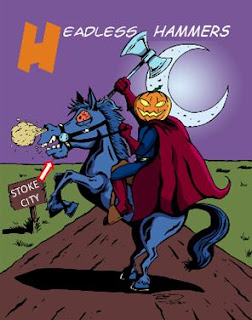 The Hammers will be without injured club captain Kevin Nolan which will make for some interesting viewing for Hammers faithful, many of whom still insist that his work rate around the field is insufficient despite his handy habit of popping up with useful goals as well as his verbal presence on the field. Previous spells without their captain have not been characterised by major shifts in form, so the debate continues unresolved. Otherwise, mark Noble seems well recovered after a midweek knock and it seems likely that Gary O’Neil will get the nod to show what he can do as a replacement midfielder. 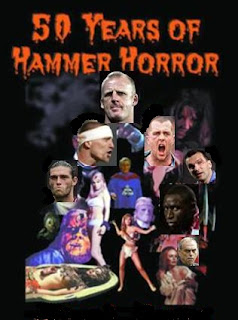 Happily for the Hammers, Andy Carroll is starting to hit form and will relish taking on a Stoke defence that will also be lacking in the head department with the absence of Robert Huth. The Hammers have good strength in depth with a variety of midfield options if the O'neil gamble doesn't work, and of course, carlton Cole will relish any opportunity to again impress Tony Pulis who has coveted the striker for many years. Hands off our Carlton mate!!! Perhaps Big Sam might see fit to give Wellington Paulista a run as he has been thumping them in for the stiffs.....Stoke would vertainly be an interesting baptism for the stylish Brazilian recruit! 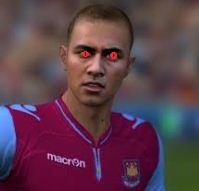 Either way, expect a smashing match!
Posted by Verywestham at 05:43 No comments:

Hammers bag brace as Boleyn celebrates the brilliance of Bobby

Monday night football was very much the afterthought as football fans around the world tuned in to show support for one the games greatest ever exponents. It's hard to think that it's already twenty years since Bobby Moore passed away but unsurprisingly a packed house was present to witness a thriller as West Ham took on those Tottenham 'Hotspurs'. 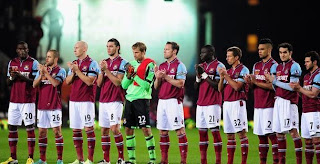 Gareth Bale is an exciting prospect who may one day be considered in the top 100 or so of British players. he did his reputation no harm on the night as he scored twice - including a thumping last minute winner from 30 or more yards! Tremendous stuff that will undoubtedly hasten his departure for a loftier stage than that provided at White hart Lane where Bale has been carrying a pretty average manager and team all season.


Along the way the Hammers scored two goals - Andy C with a barnstorming run that culminated in cousin Scotty P dragging him down. Andy cooly dispensed the spot kick. In addition, Joe Cole looked to have swung the tie the Hammers way with a delightful goal midway throught he second half after a tasty through pass from the often underestimated Joey O'Brien.

Unfortunately Tottenham hit back with success. Hammers were left to rue the fact that only a defender of the calibre of Bobby coulkd have stopped Bale in his current form. Either way, football was a big winner on an emotionally charged night. 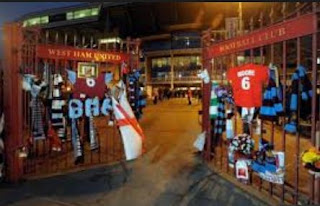 Posted by Verywestham at 03:09 No comments: