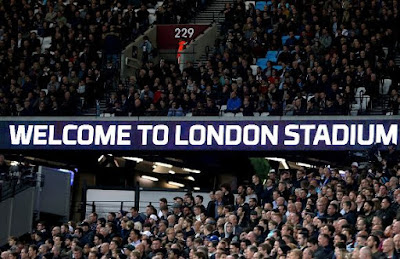 In midweek David Moyes made the totally not-shocking revelation that 40 points is our target for Premiership safety. A quick glance at our remaining dozen games reveals that today's clash with Watford is therefore pretty crucial. With seven home games to come, we need another four wins (a simple logic dictates that if you get ten wins, the draws will sort themselves out!) but with five of our games against top six sides, we need to look to win four of the other seven games. With that in mind, Watford today is a massive game, If we win, we keep them in the relegation battle and take the pressure off ourselves. If we lose, we are right back into the mess as one of nine clubs that could realistically go down.

The good news is that our injury crisis is settling. Reid, Antonio and Arnautovic are all on the verge of returning and may all get to feature in some way today. Meanwhile, Joao Mario will continue with the Lanzini role while new recruit Patrice Evra looks likely to also join the bench. While many commentators (myself included) think Evra is past it, one observer made the interesting point that Stuart Pierce was 37 when he joined us and made Hammer of the year! Time will tell.

Up front, Chicharito is looking sharp again while we can throw on Jordan Hugill if we need a bit more physical presence. The Premiership is a big step up for the former Preston ace, but fingers crossed he could be another Dean Ashton in the making. Watford, meanwhile, are looking reasonably healthy and will be buoyant after thrashing Chelsea at the beginning of the week! Interestingly, they are not really a momentum side and have struggled to piece together any back to back wins all season.

All of this is happening against the backdrop of considerable fan unrest which is increasingly channelled through the Real West Ham Supporters Club. These are interesting times at the club as our efforts to deliver upon the dream of top six status in return for moving to the OS have stalled. Fans want the stadium to be made more football-friendly and also want a more effective transfer management policy. David Sullivan has moved to calm things with an interview on the club's website today but with a march planned for March 10th ahead of the Burnley game - another key fixture in our battle to ensure Premiership survival. Realistically, the board are unlikely to stand down but it would be good if these developments could be channelled into improving the club's fortunes. Time will tell.

We reckon we might just shade it today, 2-1. Paul Merson agrees, while Mystic Mark reckons it'll be a draw which would be a better result for the Hornets than us.

Arnie and Antonio to come off the bench as we push for a late winner...
Posted by Verywestham at 05:09 7 comments:

Time to Bring Back Carlton Cole 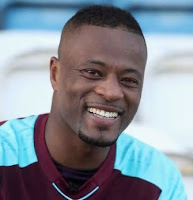 At 37 years young, Patrice Evra is hardly anything other than a stop gap for West Ham in their growing battle against relegation but the big question has to be why David Moyes is bringing in another left back???

The loss of Arthur Masuaku after the foolish spitting incident at Wigan was a blow but he has already served two of his six game ban and will be ready to return probably just as Evra reaches something like match fitness! Evra has been relatively idle since being sacked by Marseille for assaulting a fan!

Perhaps more importantly, although Arthur has been very naughty, he has also been one of the best players for us all season and should be welcomed back - where will that leave old man Evra?

The January transfer window really is no place to go looking for major solutions to squad issues as it is almost invariably a place where clubs squander cash on damaged goods in panic purchases. It's really hard to see what Evra will bring other than a distraction for the increasingly discontent fanbase.

More importantly, rather than a left back we need an attacking midfielder and a striker. With our flanks 'protected by Evra and Zabaleta we surely have the oldest defence in the Premiership?

Just a thought but 'long past it' Carlton Cole is actually 3 years younger than Evra! Similarly, Ex-Hammer and Sideshow-Bob lookalike, Alessandro Diamanti, is also a free agent and a mere 34 years old.

Hmmm. We really seem to be going backwards...
Posted by Verywestham at 15:06 7 comments: 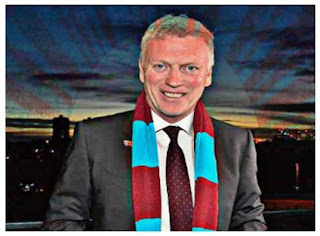 So here we are, fighting for Premiership survival just four points above the drop zone, with a severely depleted squad and no transfer window to bring in any further help. Amazingly, in the middle of this mess our manager (who you'd have to say has done a great job to date) gets embroiled in a needless spat with one of our key players over the (minor) issue of timekeeping. While many observers have applauded Moyes insistence upon a certain level of discipline, it's hard not to wonder whether he could have picked the timing a bit better.


Many fans were relatively satisfied with a point against Palace on Tuesday but for others you'd have to wonder if a win was what was really required? With very little up front we looked toothless and a draw was probably the best we might have hoped for. Antonio would have offered something extra and was surely missed. Although Moyes and Antonio have made up, Antonio is only on the bench as we look to new signing Joao Mario to provide an attacking spark - his record (17 goals in 156 games) suggests that his main strength is not in offence however! 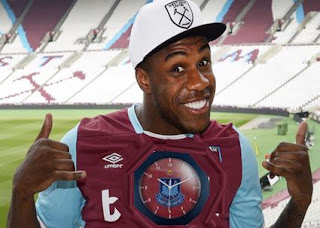 Any seasoned observer knows that it takes ten wins per season to stay up. We currently have six, which raises the question as to where the other four will emerge from. With 13 games left, there are five against top six sides against whom the odds are against a win, we thus need to looking to win 50% of the other games. The home games against Burnley, Watford, Stoke and Southampton will be crucial. With a squad so thin that we have Zabaleta playing in midfield, we may struggle to get those results.  A time for flexibility and using the available resources to the best of their ability.

Brighton are without a win in six, while we are unbeaten in the league this year. My money is on Antonio to come off the bench and make a big difference against Brighton today!