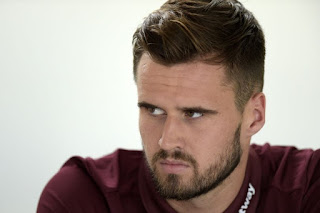 As news filters in that ex-Hammer Carl Jenkinson's proposed switch from Arsenal to Crystal Palace has broken down, there is time for West Ham to nail down a perfect back up for  right back - a position that has caused them so many problems this season.

Jenkinson was apparently on his way in a £35k per week deal but is holding out for more. Having offloaded Payet and Zaza in recent weeks, the Hammers are cash rich and woukd have little difficulty meeting Jenkinson's wage demands.

The recent return of Sam Byram as a specialist right back has made a massive difference to our set up, allowing Michail Antonio to play up top alongside Andy Carroll - to devastating effect!

However, despite Byram's return, we are still light on right back cover as Superslav has clearly decided that Alvaro Arbeloa is not to his liking. Former Hammer Carl Jenkinson has been mooted as a possible signing and our recent fans' poll indicates that the majority (70%) want him back at the club.

With Jenks clearly surplus to requirements at Arsenal
And the Palace deal stuttering, there is still time for a late Hammers swoop!
Posted by Verywestham at 10:19