Van WolfsWinkel out for Hammer game 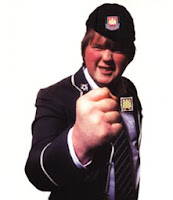 Ahem. That should probably read ‘is unavailable for the West Ham match’ but like a tap in from an offside position, the temptation was too great and we succumbed to the opportunity for some schoolboy humour. The Dutch striker is indeed injured but with Winston Reid absent from the Hammer’s back line, Gary Hooper and Co. will fancy their chances to get Norwich back on track after their 7-0 thumping from Man City last weekend. Even the offensively impotent Hammers might score a goal against such an accommodating defence?


Also licking their wounds will be Hammer’s England wannabes Ravel Morrison and the strangely overlooked Mark Noble. Once again there is no place for the hugely impressive and consistent Hammer’s ace in Woy Hodgson’s squad while various unknowns seem to glide in and out of the squad based upon the occasional moment of Premiership popularity. Frankly, the Noble-England business is becoming so hard to fathom that eyebrows are starting to creep upwards. It’s time for Woy to spit it out as to what he sees wrong with the Hammer’s ace. 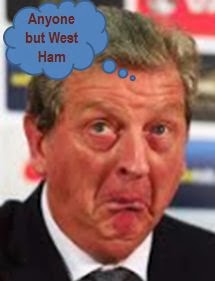 Such is the Premiership these days that after a mere 10 games, this encounter is being talked up as a ‘six-pointer’ which is an indication of how poorly these two sides are doing so far this season. Norwich have had a run of tough fixtures, but the Hammers have underperformed during a soft start to the season’s fixtures and need to shape up for some tough fixtures ahead; Chelsea (H), Liverpool (A), Man United (A) and Arsenal (H) all before the New year. Hmmm.
For the Hammers the solution is pretty simple as most of their unit is functioning well – based upon goals conceded, their current haul of 8 makes them the eighth best defence in European football so far this year. Their goal famine, however, has softened the excitement around the defence and they are increasingly finding themselves labelled in the ‘dour’ category. The match is an evening kick off which raises the question: will sky get the ding-dong battle they crave or will Big Sam’s troops suffocate the midfield and close up shop with another six man squeeze on midfield?


So what, if anything, will give? Bet on the Canaries creaky defence to splinter and if so, Hammers to shut up shop. Prediction: 0-1.
Posted by Verywestham at 00:49