﻿
The war of words between ex-Hammers hero Alan ‘silky skills’ Devonshire and lowly Tamworth FC is said to have escalated over night as following on from Devo’s criticism of the midland’s club after the recent encounter with Braintree Town who are managed by Devonshire and his assistant, also an ex-Hammer, Keith Rowlands.


The wispy wide-sided midfielder, who was a massive part of the super-superb Hammer’s sides of the mid-nineties,  lashed out at Tamworth’s negative tactics after they had a player sent off in the first ten minutes during last weekend’s crucial Football conference clash. Clearly frustrated at the final 0-0 score Devo felt that his side, amusingly nicknamed ‘The Brains’  were the only one’s thinking positive footie. 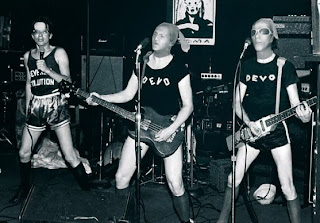 Devo, who was Hammer of the year in 1979, and who also had a horse and an American punk-rock band named after him, ultimately played almost 400 times for the Hammers in a 14 year spell at the club and was recently identified by Tony Cottee as the most talented player he ever played with, even better than the Millwall team Cottee made two appearances for in 2001!

Dev’s younger brother, Hammer’s hero Ian Bishop, has rowed in behind the embattled ex-Iron – “Dev taught me everything I know about defence splitting passes and ultimate hair care” said the Bish, who amazingly never received a Hammer of the year award himself!


In breaking news, however, Verywestham have learned that Dev has escaltated matters by vowing  to incinerate his entire Julian Cope vinyl collection, including the sensational funkadelic 'East easy Rider' extended 12" remix single from the wunderbar 1990s album, 'Peggy suicide', as Tamworth’s finest indie-alternative rock druid only serves to remind him of last weekend’s crushing disappointment.
In a further blow to industry in the North Birmingham town, he has also vowed to never drive a Reliant Robin – hardly surprising since they are mostly driven by dodgy traders and MIllwall fans. 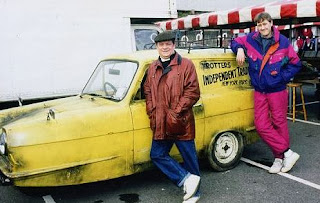