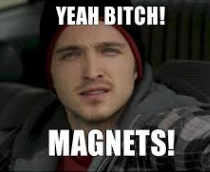 After yet another weekend of Premiership action that has left the Hammers reeling from the impact of opposition free kicks, with Norwich City’s Robert Snodgrass the culprit on this occasion, we examine ways that the hapless Hammers might improve results by reducing the goals against from free-kick count and thus gaining some much-needed Premiership points!


1. Stop giving away free kicks. This sounds like an obvious remedy but it is be a pretty big ask given the combination of diving cheats with the whistle-happy referees of today. We could always try to play a little less rough, but try telling that to the current crop of brutish Hammers!  Maybe we could also try getting some of our ‘more likeable’ players to interact with the referee. Perhaps the gentle influence of Jack Collison or Matt Jarvis might fare better than the robust protestations of Captain Kevin Nolan? 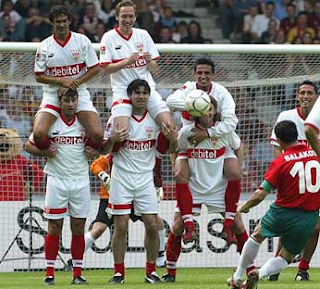 2. Don’t bother with the wall. It clearly doesn’t work anyway. Just put the players on the line instead and let them take the full force of the ball in the face, chest, or whatever body part gets in the way. The clown who gives away the free-kick should be made to stand beside the post that is most likely to be aimed at by the free taker. One alternative would be to move to a two-tiered wall thus adding much needed height for all the Satan Baines-like free-kicks the Hammers keep encountering. 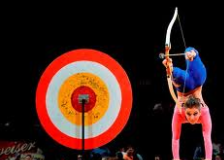 3. Archery: Employ game of thrones-style archers to burst the ball as it moves in mid air. Even Satan Baines free kicks do not move so fast that this should be pretty easy even for a modest level archery fan. 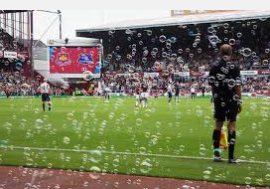 4. Mum’s own solution:  This one is especially suited to the Hammer’s set up: Identify who the opponents free-kick specialist is at the start of the game and get the player who is marking them to squirt fairy liquid onto their boots. Hey presto! the ball will simply slide off their boots as they try to put swerve into it during the free kick process. The results would thus be remarkably similar to those that the intrepid Hammers achieve with their free-kicks but amazingly without using the viscous fluid. On the plus side, fairy liquid could be readily smuggled into the ground in industrial amounts as it is used to create the magical ‘bubbles’ effect that greets teams as they emerge at the start of each game at Upton Park. 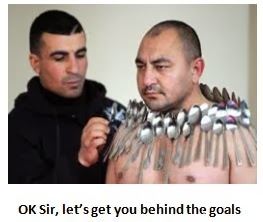 5. Yo: Magnets, bitch!  Just like Jessie from breaking bad infamy suggested, West Ham need to recruit a magnetic fan and place him behind and to the side of the goal during matches. After the simple insertion of a metal sticker onto the surface of the ball we can dictate the movement of the ball by moving the magnetic fan around the place! This can double up as a goalie-mystifier for our own tame free kick efforts that rarely seem to scale the opposition’s wall, but that with some careful fan placement behind the goals would attract the ball into the oppositions net!
This solution would have the additional dividend of creating a new supporters club – along with the Aussie Hammers, Dublin Hammers etc we could add ‘the magnetic Hammers’ !!!
Posted by Verywestham at 06:02