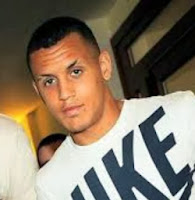 With the beyond incredible and simply unbelievably outrageous hype about Ravel ‘Raveldo’ Morrison at present, it comes as no surprise to Hammers faithful that already some of Europe’s top outfits are calling for his services. Ironically, while the Mancunians are making all manner of presumptions that he will want to return to Old Traffic after his time at the Boleyn, in fact the first major offer has been made by Madrid!

After observing Morrison’s obscenely bodacious ‘heel-volley’ in England’s U21 training camp, the Spanish organisation, have made an audacious offer for the young genius’ services. The goal seems to defy logic as somehow the youngster managed to get his heel around the ball whilst in the air and guide it into the top corner of the net. Stunning!!! 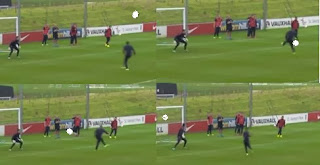 Having tolerated Danni the Dolphin’s outrageous wage demands over the past few seasons, the management group at the Madrid Zoo and Aquarium have decided to seek a suitable replacement – somebody who can perform breath taking stunts and gasp-inducing trickery to keep the demanding Madrid public entertained. “We need somebody who can juggle in mid-air, while twisting and turning, seamlessly flicking the ball over and back before unleashing a grand-finale of exotic surprise” announced a principal Aquatic trainer. 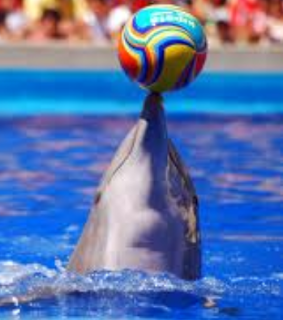 Meanwhile, it was a quiet night for Morrison as his main feat this evening was to warm the England U21 bench, and hopefully cool some of the out of control media attention.
Posted by Verywestham at 12:29