The war of words between ex-Slumberland managers, Martin ‘Earnest-person’ O’Neill and ‘passionate’ Paolo Di Canio took a further twist today. O’Neill, who responded Di Canio’s criticism his players fitness levels by labelling the Italian ace a ‘managerial charlatan’ was accused by Di Canio of behaving like a football charlatan for almost being relegated despite spending £40 million on additions to the Wearsiders squad!

Tim Burgess, lead singer with 80s indie-rockers the Charlatans, hit out at the ridiculous claims by the managers - “neither of them pair were ever members of our band that I can remember” he said “although after the release of ‘Tellin Stories’ things got a bit crazy and there are some gaps in my memory – maybe O’Neill played bass for one or two gigs but I don’t remember any Italians playing with us”. Burgess also took time out to emphasise that the Charlatans, like Hammers boss Sam Allardyce, actually hail from the West Midlands. 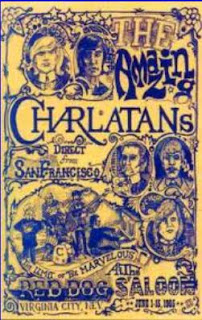 The ‘debate’ took a further twist when a spokesperson for the original San Francisco Charlatans – the band often charged with inventing the Frisco Psychedelic sound – said that they had simply had enough “just cos we’re hippies, folk think they can use and abuse our name however they like – it’s just not cool man”. Drummer Terry Wilson, who had to leave the band for a period to serve a prison sentence for Marijuana possession, was said to be particularly furious with O’Neill for trying to boost Di Canio’s profile by linking him to the sixties vibemeisters. 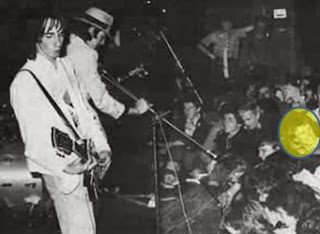 Former Hammer, Stuart ‘Psycho’ Pierce, who was a teammate of Di Canio during the nineties was unable to shed any light on Di Canio’s possible role in the Indie music scene. Pearce, a big punk rock fan, is best known for his appearance on the front of a live Lurkers album as a berserking audience member, has also met the Stranglers on over 30 occasions and was unable to recall Di Canio expressing any interest in joining him on any of these visits – “ I would have thought that the shared emphasis on organ accompaniment would mean that the bands shared many fans” Moreover, “Di Canio was always on time for training and the like so I really doubt if he was moonlighting as a rocker at that time and everybody knows that the most prominent rocker from the Hammers of that era was Slaven Bilic” 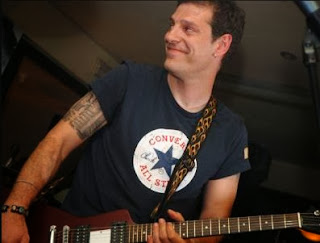 Meanwhile, top Druid Rocker Julian Cope tried to calm matters by reminding all concerned of the deep and penetrating meaning of the lead single from his 1988 ‘My Undergound’ album which surely emphasises the various possible interpretations that can be applied to the phrase ‘Charlatan’ depending on which inner voice one listens to. “As far as I’m concerned, they are all behaving like rather spoilt little Charlotte-Anns” he said, using a vocoder device for no particular reason anybody could fathom. 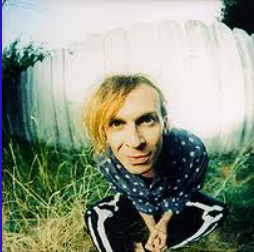