Irish ready to nab Noble from under Hodgson’s nose 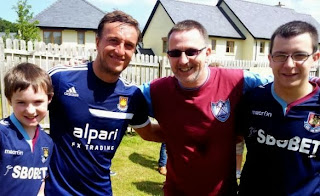 Just a few lads having the craic
The mystifying exclusion of Mark Noble from the England set up took a new turn today with speculation in the Irish Daily Mirror that the new management team for the Republic of Ireland, Martin ‘Earnest-person’ O’Neill and Roy ‘Cuddly’ Keane, are looking at trying to persuade the Hammers star to opt for the Republic.


West Ham fans have become increasingly perturbed as midfield maestro Mark Noble continues to be overlooked for England duty despite his consistently excellent performances as one of the few English-born midfielders in the Premiership and history of impressive contribution at underage level to the England set up. Moreover, the industrious Noble is consistently at the top of statistical ratings in respect of ground covered per game and goal scoring opportunities created by a midfielder.


Given the shortage of midfield talent in the current Irish squad, Noble would be a massive capture and would undoubtedly find himself in much demand rather than waiting for a sympathy call up from the myopic-minded Hodgson. Noble continues to be overlooked in favour of a variety of unknown kids and past-it geriatrics like Gerrard and the evergreen FFL. 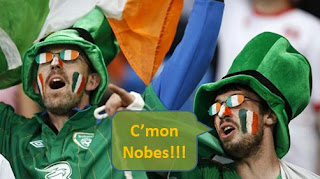 VerywestHam met with Noble during the Hammers fabulous preseason tour to Ireland and, ironically, to Cork – apparently the birthplace of Mark’s grandmother, making him uber-eligible for the Irish National side. We took the opportunity to question Mark about a possible Irish call up but he opted to stay silent on the matter, raising our suspicions that it is to the forefront of his thoughts! No doubt the prospect of having some away days in the company of Joey O’Brien, Stephen Henderson and former Hammer, Robbie Keane would appeal given that European football is likely to elude the stuttering Hammers again this year! 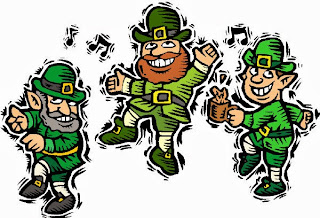 A representative close to the Irish Football Association of Ireland remarked, ‘we’ve been waiting to get revenge for the whole Rooney business – bloody mad that he was allowed to play for England given his obvious Irishness – and then there’s Kevin Nolan with the bloody map of Ireland written all over his face and his talents wasted on a country that wouldn’t even be bothered to give him a run out even when he was at his peak!’ 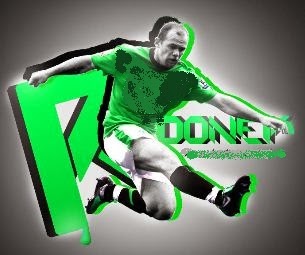 Other Irish sources confirmed that they consider both ‘Morrison’ and ‘Carroll’ to be naturally Irish surnames, and that James Collins looks just like your average farmer from Roscommon.
Posted by Verywestham at 11:58