Dempsey to Makepeace with the Premiership at West Ham?

The exit of Clint Dempsey from spurs to Seattle was a pretty baffling episode - particularly given that the striker was at that point still close to his peak and had performed well enough for the club despite only modest opportunities. The truth behind his departure may rest in the attractive salary package he received that is rumoured to be amongst the highest ever in MLS history. However, the move hasn’t gone particularly well for Dempsey who has underwhelmed for the Sounders – who endured a mediocre season punctuated by a single goal and has struggled with a variety of injuries including a niggly hamstring, a shoulder dislocation and most recently a calf strain that forced him out of the recent USA squad. As such, a loan period during the MLS off-season is a particularly attractive option for him to rediscover his form.

After a stop-start season, he is now available for a loan signing and as a proven goalscorer in the hurly burly Premiership he is understandably attracting the attentions of various clubs, including the striker-deficient Hammers. A move to either of his former Premiership employees is unlikely given the parting terms which were not ideal in either case. The American owners at Villa may also make some sense while Liverpool may still be smarting after the way their efforts to sign him fell apart. Moreover, Hammers fans are speculating that the edgy Dempsey may well relish the chance to get one over on his old employers at Spurs by signing for their East London rivals at the Boleyn. 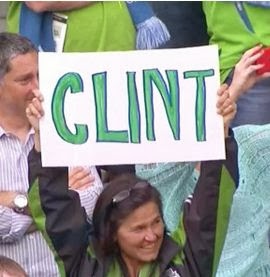 Dempsey gets a warm welcome to Seattle


However, it’s also worth recalling that Dempsey was not especially sweet on a move to the Boleyn back in 2012, but he was a considerably more desirable property back then. Dempsey himself would also be likely to seek regular first team football experience and his ability to play as a striker or an attacking midfielder would mean that he could switch to the latter option once Andy Carroll is back. Failing that, if he finds himself at a loose end he could always revert to his rapping roots as the 'Deuce'! 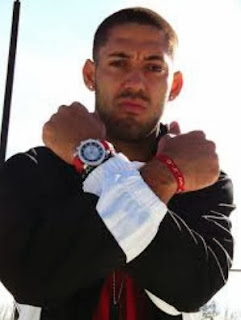