In what initially appeared to be a scandalous put down of the current Hammer’s squad, the Daily Mirror has reported that out of form West Ham winger Matt Jarvis has admitted that he has been training with a variety of dummies over the recent past. Imagine our surprise when he clarified that in fact the Sports science boffins at Chadwell Heath have devised a new training programme that involves the use of human-like mannequins!

Oh how we chuckled!!! Then there was the searing realisation that a team of mannequins could probably do as well as the present ‘alive’ and kicking human squad have achieved in the first third of the season. With crunch relegation ties looming against fellow strugglers Fulham and Palace, some fans have suggested that the Bubbles boyz might be better served preparing for conflict with over-enthusiastic but modestly skilled models – Bob Codswallop, a long time Hamwatcher, has offered to loan the struggling outfit a team of human sized Duracell rabbits who would provide a perfect example of the headless and heedless energy that the Hammers are likely to face in these crucial fixtures. However, the strong connections between the current Hammers executive and a known supplier of blow-up dolls, negate any need for the Hamviewer's generous offer. 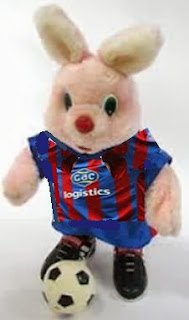 The dolls have allowed the side to regain some much needed confidence after a sequence of recent thrashings. Rumours abound that the Hammers have finally broken their recent losing streak in a behind closed doors match where the first team pulled off a surprise 0-0 draw with the team of Mannequins! 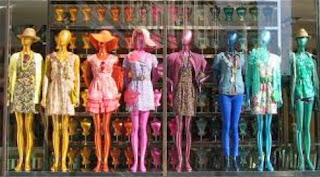 The Fulham team have arrived!

Meanwhile for Jarvis, Hammers fans are hoping that he might work on getting more pace and spin onto his crosses as the current penchant for gently lofted efforts seem to mostly provide the opposition keeper with entry-level catching practice, especially with no likelihood of a challenge from the recently non-existent Hammers strikers. 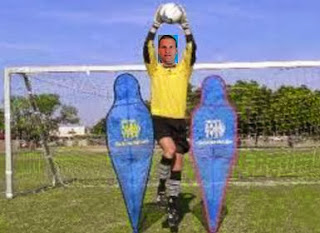 Jussi - Hard at his not giving away needless penalties drills
Posted by Verywestham at 06:43