As if things aren’t bad enough, now Kinnear is here!

In shock news today it has emerged that, in a cynical attempt to distract anxious fans from their precarious position in the lower regions of the Premier league, West Ham have signed a top transfer scout. Angus Kinnear, rumoured to be an alter ego of the crafty Noocassel director of football Joe Kinnear, has joined the management team at the club and is said to have immediately got stuck into the current Hammers squad labelling them ‘underachievers’ and ‘highly stars who haven’t delivered just yet’.
Joe Kinnear, who previous managed the ‘crazy gang’ at Wimbledon is no stranger to audacious transfer wheelings and dealings having paid a transfer record to relieve an embattled Harry Rednapp of the services of out of control striker John Hartson after the infamous Berkovic incident. Hartson’s contribution to the Dons cause unfortunately couldn’t prevent their relegation later that season but he subsequently terrorised Championship defences the following season demonstrating just how canny Kinnear can be! Kinnear’s  appointment will undoubtedlycopper fasten the Hammers excellent record in the January transfer market by using the window to entice Hammer’s legends to return to the club such as Mido and Benni McCarthy. 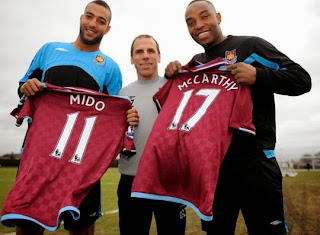 The appointment will be seen as massive blow for ex-Hammer’s boss, Alain de Pardew, who will have to try and manage the sinking ship that is Noocassel with limited support from Kinnear, who many fans forget received a manager of the year award back in the last Century. However, some bitter Hammers fans have criticised the appointment, highlighting that the club need hands-on playing staff (especially a striker who is match fit) rather than more 'suits'. 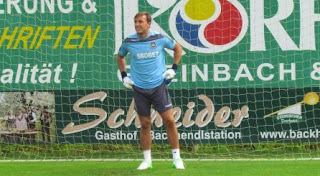 Meanwhile, fans of Mark Noble will be chuckling at the dreadful performance by the current bunch of midfield fumblers who are keeping him out of the England squad. However, it is thought that Noble’s cause is hopeless because he is seen by Hodgson’s management team as ‘too obvious’ a choice for the midfield role and thus might be better served throwing his hat into the ring for the competition to be England’s next netminder?
Posted by Verywestham at 07:22