Moore Likens Strikerless Hammers to ‘a boy without a winkle’!

In dramatic scenes earlier this week at the Chadwell Heath training ground, Big Sam Allardyce is rumoured to have thrown all the toys out of his pram upon learning of unacceptable, senseless and unprofessional goings on. 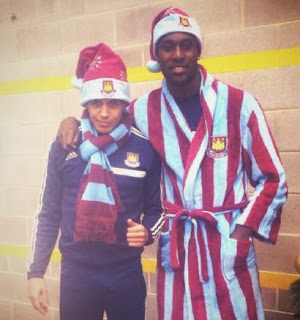 At the focus of his ire was the use of the ‘still not fully fit’ Carlton Cole for a non-essential photo shoot for the clubs new nightwear selection. In a scandalous waste of playing staff’s energy, members of the commercial team at the club persuaded the impressionable striker to don the new attire as a cheap publicity stunt in order to boost Crimbo sales and the ‘money for a new striker’ fund that has been set up at the club in response to the never-ending Andy Carroll injury saga.

Allardyce, who is said to be obsessed with computer technology as a means of evaluating team performance, has continued to ‘protect’ the out of shape forward from over-exposure to game time as this is totally against the ‘ultimate machine manager’ software that is thought to be the basis for all squad decisions. ‘If it’s not on the prescribed training printout then it’s not sanctioned’ said one source close to the club ‘and the manager’s not gonna be having that, is he?’

Luckily for the previously out of control Ravel Morrison, his role in the debacle was overlooked as ‘the lads done a proper preseason work up and is properly prepared for such eventualities’. He is thought to be relieved that it will not be necessary on this occasion)  for him to undergo another punishment spell in the Siberian atmosphere of Birmingham City. 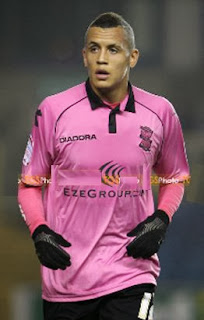 Meanwhile, lifetime Hammers observer and half-baked opinion-smith, Ron Windyballs from Barking, offered his 47 and a half pence worth by asking why our modern players can’t just regain match fitness in the time honoured tradition by playing for twenty minutes for two games and then progressing to a starting berth rather than taking a couple of months to re-engage with the full match action? 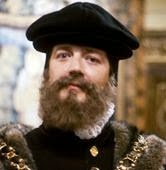 Moore: a Boleyn Legend
Even as the derisory chortles filled the air outside the Boleyn, Windy balls moved on to paraphrase Hammer’s legend Sir Thomas Moore that “a team without a striker is like a boy without a winkle”


Sources close to Upton Park have opted to withhold commenting on such unscientific nonsense.
Posted by Verywestham at 14:25