Just when everybody thought that the Olympic Stadium saga had finally reached a conclusion, up pops some wannabe footie-friendly toff with his tuppence halfpenny worth urging the locals to hold hands and share use of the stadium. Frankly, this never ending reverberation has undermined the whole process which has become farcical. And now, in breaking news, non-league  ‘Upton Park Whingers’ have vowed to enter the competition (even though it was completed almost a year ago).

The club, who are a fictional outfit, have an estimated attendance of less than 300 – approximately the same fraction of the typical O’s home attendance as Orient’s turnout is in relation to the mighty Hammers. However, when asked the pretty obvious question as to what it proposed to with all the open space on match days, the club refused to respond because it was ‘an unfair question’ that could jeopardise any future legal wranglings the club might decide to engage in – “we are an utterly pointless and virtually non-existent organisation, and we can use this lack of a tangible presence to engage in a campaign of endless whinging and whinnying about the injustice of it all”.


Meanwhile, Jim Coddlesnatcher, chairman of the Ballygobackwards West Ham supporters club lashed out “What do Orient want the stadium for – they only get an average of 3000 for home matches, that wouldn’t even  fill one twentieth of the stadium?” Jez Dingleberry, secretary of the ‘O’s for a proper stadium’ action group retorted “ Most non-football observers fail to appreciate that Orient fans are so huge that they each need 3-4 seats in order to be comfortable during matches”. 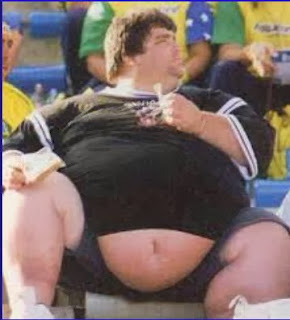 Come on you O's
However, this argument was put in some doubt as rumours emerged that in fact the real issue for Orient fans may relate to the extraordinarily high rates of urinary frequency and episodes of double incontinence amongst their fans such that they need the excellent lavatory facilities that adorn the luxurious stadium. A source close to the ground asserted “We have got more than 30 male toilets – enough to easily accommodate the needs of a jumped up bunch of League Z incontinents”. 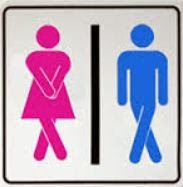 The real reason behind the O's persistence?

In more placatory move, West Ham’s Baha’i fan club has offered free samples of adult diapers for the incontinence besieged club as an alternative to taking on the huge rental outlay of a development as large as the new stadium.