Hammers star Victim of Knife Attack Ahead of Swansea Trip


In scenes reminiscent of the awful knife attack a few years back on Hammers star Calum Davenport, the sinister goings on at 'Carroll-Castle' took a macabre turn today as it emerged that West Ham's star striker Andy Carroll barely survived an altercation with a knife! 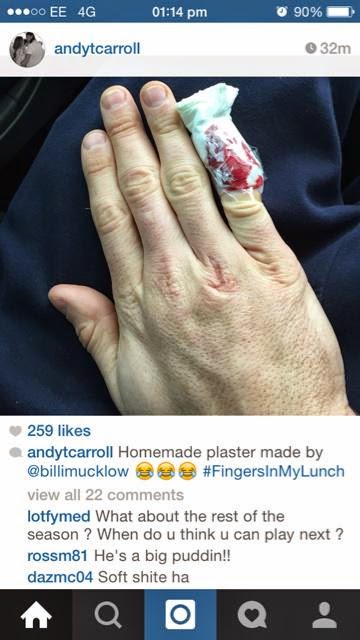 In an effort to make light of the sordid affair, Carroll posted a pic of the injury on Instagram with a jovial caption, but ex-Hammer and crack detective Mattie 'Sherlock' Holmes revealed that private investigators are following a number of definite lines of inquiry regarding the incident...

One theory is that the relationship between Carroll and Billi Mucklow has spiralled out of control to include the ancient khoikhoi rite of digit removal as a symbol of their eternal commitment! After recent revelations about the interior decor of their abode, many fans feel that anything is possible from the aesthetically-challenged couple 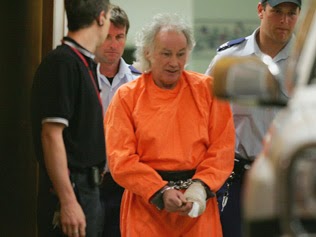 An alternate possibility is that Andy has decided to follow the example of an Aussie serial killer, Ivan Milat, who posted his amputated finger to the high court as a protest against prison conditions. Ahead of the Swansea game, it is thought that Andy may be highlighting the cruel injustice that was the Cheating Chico Flores sending off affair in last season's clash.


Another possibility is that Andy is trying to set an example to young Jack Sullivan as to how he can truly apologise for his foolish and insulting comments on twitty during the midweek FA cup tie versus Everton, wherein the young cad suggested that Andy was on the skive feigning injury to celebrate his birthday! According to the Japanese ritual of 'Yubitsume' or finger shortening, proof of sincere apology requires removal of part of one's digit.

Meanwhile, current Hammers star Diego Poiret has suggested that in an effort to prevent Andy wreaking his usual havoc against a vulnerable Swansea defence, Gary Monk may have hired knife sharpeners to sneak into Andy's kitchen and hypersharpen the utensils in an effort to cause an injury that might cause him to miss the match.

At VERYWESTHAM we think he's been watching a few stagnight-themed movies ahead of his marriage to Billi.