Reid for Jenkinson? its now or never for Arsenal and West ham to talk 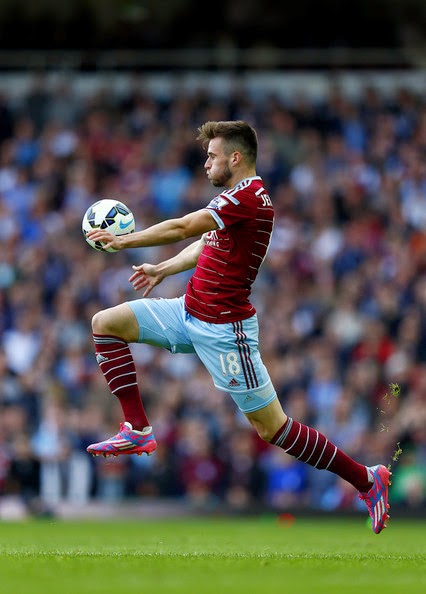 As West ham's grip on star defender Winston Reid increasingly loosens, many Hammers have started to accept that the Kiwi seems Arsenal-bound. For his part, Big Sam has done his best to muddy the water by alleging untoward familiarity between would be wooers and his current star, but even this seems desperate. A different perspective is that this may be a crafty attempt to soften our North London neighbours attitudes ahead of the inevitable negotiations to part with their right back star when his season-long loan comes to an end.

Jenkinson has warmed to life in the East end with a series of stunning performances this season, with today's efforts against Swansea amongst the very best. In simple terms, Jenkinson has been a quiet sensation- solid defensively (what about that tackle in the first half when a goal seemed certain? ), while offering a whole added dimension to our offensive efforts.

It is no coincidence that this season we are the highest ranking team in the Premiership for crosses into the box with Aaron Cresswell and Jenkinson a constant source of intelligent supply.

So as the January window continues, this may indeed be the time to do some business in respect of Reid while we still have some say on what happens next?

Losing Reid would be tough - but capturing Jenks on a long term contract would certainly soften the disappointment, which seems almost inevitable at this stage. For Arsenal, if they let matters run until Reid is out of contract then there will likely be a stampede to sign a proven and high performing Premiership centre back.

For both club it seems that now is the moment to do business.