Swansea to struggle without Daddy Cool 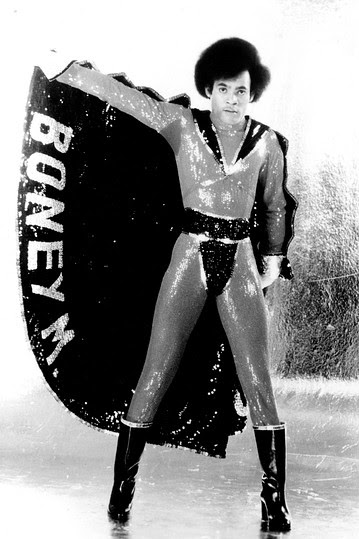 In all the talk about how wonderful West ham's season has been so far, with Swansea manager Gary Monk even suggesting that Big Sam is the frontrunner for manager of the season, it's worth noting that a mere three points separate the sides as they prepare for today's clash.

Just a few weeks back a rampant Hammers brushed the Swans aside at Upton Park as Andy Carroll had one of his 'unmarkable' days. However, West ham have stuttered since then and will be lacking key players in Sakho and Kouyate today.

However, the loss of their top player in Wilfred Bony is surely a bigger blow for Swansea. The scoring sensation has the ability to change how games are played due to his pace and huge physical presence. Without Bony, this Swansea side could be like seventies pop sensation Boney M were without Daddy Cool himself Bobby Farrell.


Farrell sadly passed away in 2010 under truly unusual circumstances when he was found dead in his hotel room in St Petersburg - on exactly the same date (30th December) and in the same city as Grigori Rasputin had almost a century earlier in 1916. The weirdness is enhanced by the fact that the Russian 'healer' was the subject of Boney M's worldwide hit by his name!

Sadly for Boney M and Farrell, financial and contractual issues had caused their high flying team to be dismantled and Farrell had been forced to perform only in countries where his former manager had not registered the Boney M name.

With the imminent departure of Wilfred Bony to Man City, it looks like this high flying Swansea side will also be dismantled by financial and contractual needs. Today will tell a lot about how well the Swans can manage without their talisman.

For West Ham, Andy Carroll is fit and ready to rock!

We predict a 3-2 stonker,  with the Hammers coming out on top as Enner Valencia makes a point to the possibly absent through flu Sam Allardyce.