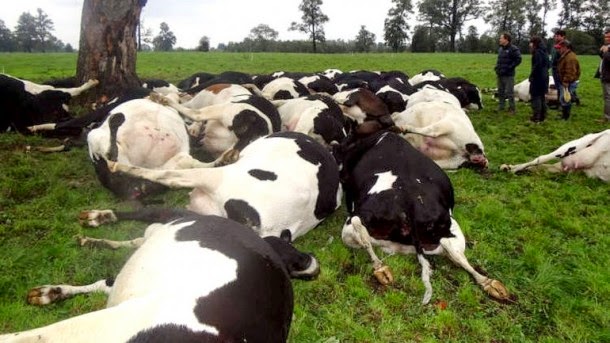 In astonishing scenes at No Heart Lane, tonight's League Cup encounter ended in tragedy as a freak storm terminated proceedings while an electromagnetic current entered the televisual apparatus and electrocuted all watching Spurs and Sheffield United supporters. This is just the latest disaster to afflict poor Sheffield United and Spurs fans who have surely had enough to endure over recent years while watching their teams stumble from one unsuccessful season to another.

Ex-Blades manager Neil Warnock is said to be even more angry than usual.

Our sympathies go out to any innocent Hammers fans who may have been having a sneaky glance at the otherwise dull and unentertaining affair.
Posted by Verywestham at 13:14