West Ham on the Brink of Civil War

In the week that Mauro Zarate exited the club after a public war of words with Sam Allardyce, Jack Sullivan lambasted Hammers heroes Kevin Nolan and Andy Carroll on twitter, followed by Sam Allardyce's "criticism" of Enner Valencia for almost scoring, Hammers goalkeeping coach Bobby Mimms suggested that top netminder Adrian was probably the best keeper in the Premiership!!! 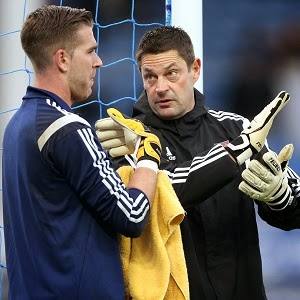 Hammers fans have quickly rushed to their goalkeepers defence, chiding Mimms for suggesting any doubt about the matter while also pointing out that it is a well known fact that Hadrian's wall can be seen from outer space and should therefore be at least an international accolade, if not intergalactic! 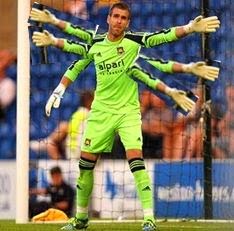 It's bloody time that the public relations people at West Ham got their club in order by banning staff from undermining our players like this.
Posted by Verywestham at 13:58