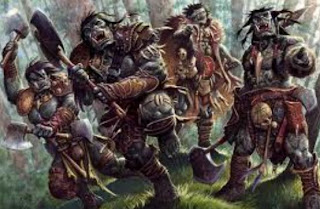 Hammers fans will hardly be fooled by the cynical attempt by Stoke City to reinvent themselves as a less Orc-like outfit. Cautious Bubbles will be wearing their specially-designed flak jackets and anti-aircraft shields as the pugnacious Potters arrive in search of Premiership points, and failing that just a good on-pitch rumble.

Some observers have suggested that now that the Potters are finally free from the harsh Pulis regime, all sorts of flamboyant footie might break out. However, it would be stretching it a bit to expect the likes of Jonathon Walters, Glenn Whelan et al to suddenly break into free flowing footie mayhem. Moreover, manager Mark Hughes’ reputation for earnest effort will hardly signal a major change in philosophy. This is likely to especially apply away from home where Stoke are far from prolific – netting a mere 13 goals last season which was the worst record for goal scoring away from home in the league bar one, ahem, other club who also feature in today’s match. Without the fortress-like atmosphere of the Brittania there’s little doubting that Stoke would quickly descend down into the Chumpionship, with few tears likely to be shed by opposing teams. Thankfully, Stoke have seen sense for the 2013-2014 season and dispensed with the Barcelona-style away kit of last season, which was more than a little hard to stomach given their decidedly un-Barcelona on-pitch activities! 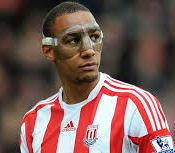 The unfortunate injury to Alou Diarra (and we sincerely wish him well and hope that this time out injured he doesn’t start whingeing to the French press about not being selected!) has served to highlight how good a decision it has been to promote young Ravel Morrison up the ranks. He has had a stunning preseason and now broken into the first team ranks, but if he gets a run out today he may find the physicality of Stoke City a bit more challenging to deal with than little Cheltenham Town. Never the less, you can only impress against what’s put against you and it would be very interesting to see how he gets on against the curmudgeonly Glen n Whelan and Steven N’Zonzi. 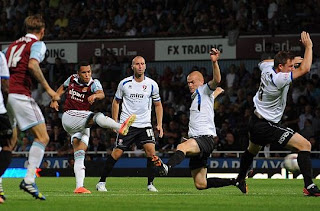 
Up front, the Hammers will have to persist with the rather blunt formation that, if you share the view that Modi ‘Mohawk’ Maiga is really an attacking midfielder,  basically involves 6 midfielders having a go with a pretty random strategy that leans excessively upon opposition mistakes – one thing the ‘old’ Stoke were pretty miserly with.  At the other end, despite a midweek hat-trick (against Walsall) Kenwyne Jones will have to wrestle with Peter Crouch for a starting berth up front. Either way, whoever starts for Stoke is likely to find a robust Hammers defence unlikely to ship to many chances, with Reid and Collins in top form – both individually but also as a hugely complimentary partnership. You have to feel sorry for James Tomkins who really hasn’t done anything wrong but cannot break back into the first team.


Elsewhere, the wing situation continues to stretch the imagination as to how we might best employ Jarvis, Cole and Downing. For now, the balance of power probably remains with Cole, but when Andy ‘Wild Horses’ Carroll returns, Downing’s crossing ability might just edge it. Either way, if all three remain fit they will present a tantalising source of debate throughout the season.  It’ll be a real test of Big Sam’s stewardship as he tries to squeeze the most from these three with canny use of the bench as all three are potential game changers if used in a substitute’s role.


Sam is playing an interesting game with Ratzvan Rat who many presumed would walk into the side at left back. However, so far Allardyce has opted to go with the reliable and quietly effective Joey O’Brien who is not only calm in defence, but also pops up in interesting offensive positions as Stoke will know only too well from last season’s encounter at the Boleyn, when the Irishman popped up to score a vital equaliser after a fortunate Stoke grabbed the lead against the run of play. O’Brien is naturally a right back but again, happily, we can report that Guy ‘Geezer’ Demel is in such good form with an excellent tackle success rate that he will surely remain at right back for the immediate future. Either way, the experienced Romanian doesn’t appear unduly concerned at his omission to date as he has engaged enthusiastically with the press and seems to be settling down well. 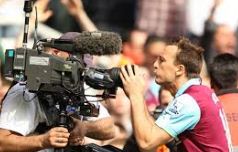 
Back to midfield – the place where the game will ultimately be won and lost today – the Hammers should edge it with the Noble – Nolan - Diame triangulation really cooking. All three have looked sharp since the season commenced and as the closure of the transfer window approaches, Diame looks to be happy and stable in his current employment.  Fingers crossed! The continued debate regarding ‘just how good’ Mark Noble is is increasingly ridiculous as he just keeps turning in quality performances and really is the link that keeps the Hammer’s engine ticking over. Hodgson’s continued exclusion of the energetic midfielder may ultimately destabilise his reign as England manager – every side needs a Mark Noble who gets on with oiling the wheels of the team and facilitating others to do their stuff. Does any English player in the Premiership do this better at the moment?


With all this positivity at the club it’s hard not to see a Hammer’s victory ahead, but Stoke love the underdog perception and will relish the opportunity to spoil the Bubbles party. Prediction: West Ham 1-0. Noble to score – probably from the spot!
Posted by Verywestham at 04:48