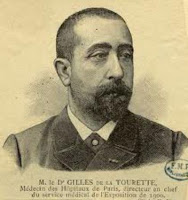 West Ham prepare for their first European match of the season with  today’s visit to  French side Nou-cassel.  With a squad populated by a host of French B-internationals, the Hammers will need to keep a tight eye on proceedings in order to suffocate any outbreak of flamboyant French nonsense before ultimately imposing some East London efficiency on the final result. 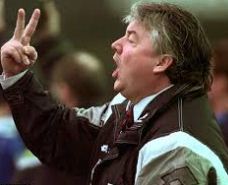 Big Sam Allardyce, AKA Mr Cuddly from Dudley, will be cheered by having watched Manky City disembowel the Magpies last Monday and can expect that their opponents fragile gallic psyche will not yet have recovered from the devastating 4-0 defeat. Better still, he will delighted to hear that the chief of frig**g footie at Nou-cassel, Joe Kind on the ear Kinnear, has directed that Nou-Cassel maintain their early season defensive generosity in a bid to attract much needed tourists to the region. 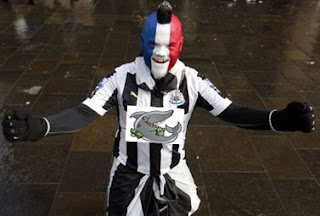 Nou-cassel’s cause will be further dented by the absence of a number of key players, including new loan signing Loic Remy for whom the loan arrangements are rumoured will ultimately cost the Toon and arm and a leg in interest repayments. In addition there is a strong possibility that tasty midfield talent – Johan Cabaye- will also be unavailable as he continues to receive amorous attentions from the Ar- Snail. As a consequence, Hammers fans face the delicious prospect of the Noble-Nolan-Diame Midfield trio once again peforming a Bermuda-triangle –style disappearing act with the match ball thus denying the French tricksters much needed possession. 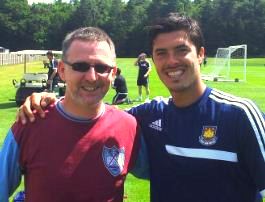 Two Basildon Boyz relaxing pre-season
Current Nou-Cassel boss, Alain de Pardew, can hardly complain about such approaches as he has made a number of advances to Hammers handsome centre back James Tomkins but has underestimated the connection the Basildon Boy has with the club. Moreover, a move to Nou-cassel would have to be seen as a retrograde step as the Hammers currently occupy a champions league spot whilst the Toon languish at the bottom of the league having failed to attract much needed new signings to bolster a squad that stumbled home in 16th last year. 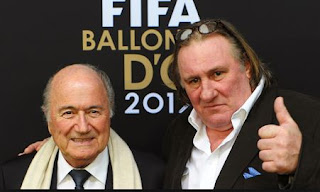 Not to be channelled out of the limelight, Uncle Joe, in his latest media outburst, has announced that all receipts from today’s game will go to his favourite charity – the Tourette’s Syndrome Foundation - as Gentleman Joe urged the public to support the much beleaguered sufferers of the neurological disease.

Either way, Big Sam’s boys will be only too happy to provide their boss with yet another reason to smile as he returns to the club who sacked him under bizarre circumstances five years ago.