Ravel Revels as the New Rivaldo?

West Ham’s preseason journey has provided an opportunity to observe the squad’s performance against a wide range of British, Irish, German and Portuguese opposition. This has proven a valuable chance for the otherwise conservative Sam Allardyce to test out some of our rising stars and to date the most impressive has been Ravel Morrison.


Morrison arrived under a cloud after Alex Ferguson finally lost patience with his petulance and general attitude and it was thought that a change of location might bring some much-needed distance from unhelpful influences in Manchester. Initial experiences suggested that little had changed and he was farmed out to Lee Clark at Birmingham City to try and provide first team football to focus his energies upon.


And so the prodigal son returned with Clark expressing a desire to keep the young starlet. After an initially stormy period, Morrison broke in to the team and was lauded in the local press - "it wasn't just his elegant, effortless ability on the ball and passing, but work rate, too". However, it seems that Big Sam sees a significant future for young Morrison at West Ham and he has not disappointed in preseason with consistently excellent performance s and an impressive haul of 4 goals, including an excellent long-range Rivaldo-esquestrike and even a header in last night’s defeat of Sporting Lisbon. Moreover, Morrison was clearly deserving of the man of the match award for his all round performance which was merely the latest in a series of whole-hearted efforts in the claret and blue. 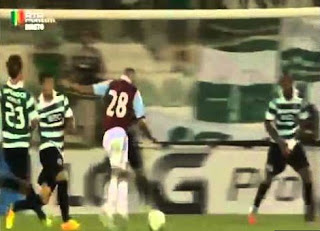 So where to next – happily the Hammers have multiple options in midfield with the impressive Diame-Noble-Nolan combination well tested at Premiership level last season. In addition, Jack Collison has impressed as has Alou Diarra, with some reports suggesting that Diarra may e off-loaded to facilitate the return of Scott Parker. This seems unwise given Parker’s injury problems and increasing age, while there can be no doubt that Diarra has looked impressive. Thankfully, it has gone quiet on the Diame –release-clause’ front but of note, Arsenal still haven’t found that high-profile signing their fans demand and the possible return of Cesc Fabregas to one of the Gooner’s rivals will surely stoke that fire.


For now, Morrison just needs to keep strutting his on-field stuff and keep out of trouble. At just 20 years with the world seemingly at his feet maybe the canny Scot got it wrong for once?
Posted by Verywestham at 02:09