And so to the second match of the Guadiana tournament as after last night’s exciting performance against Sporting Lisbon, West Ham face Sporting Braga with a very different side from last night where a victory will seal the tournament. Two matches in two days really emphasises the strength in depth within the Hammers squad with Diame, Collison, Taylor, Tomkins, Collins and Vaz Te coming in as replacements for last nights heroes. 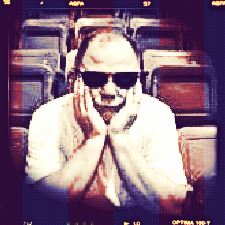 A first half to catch up on texts and e-mails with no more than a lazy sideways eye at the screen enough to keep abreast of the few developments in a scrappy match with no real pattern. Unlike last night, the Hammmers struggle to impose their physicality upon proceedings and Braga lack the penetration necessary to cause ral problems for the Hammers with a predictable snoozefest resulting. The almost empty stadium does little to add atmosphere and the Portuguese commentator sounds suicidally bored! Half time mercifully arrives with the best thing to take from the match that we are solid in defence and avoided any unwanted injuries! 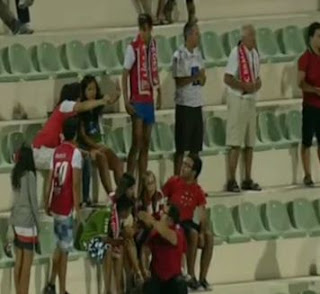 Big Sam tries to shake some life into matters with a few substitutions – Morrison is on, as are Nolan and Ruddock.but there’s little change until Braga score a soft goal – Adrian spilling a modest shot and Rafa gets to the rebound first. It’s 1-0 and time for the lads to wake up! One thing for sure is that our lads won’t panic – they look to lethargic to get that steamed up! 68 minutes and we get to see why Big Sam brought Adrian to the Boleyn as he makes a stunning save to his left to push away a sizzler from Mauro. Come on lads – get into it! 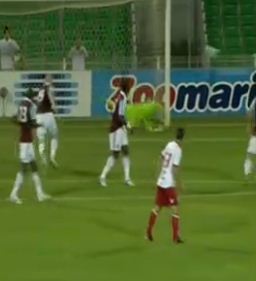 And so we trundle on…….NO, there’s no shape to this at all.


By the way, Diame is having one of his stinkers…he looks off the pace and repeatedly fumbles in possession.


….We need a forward with presence.


No wonder the locals stayed at home…. 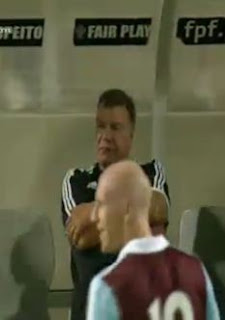 But wait – we've got a completely unnecessary penalty shoot out to liven things up! 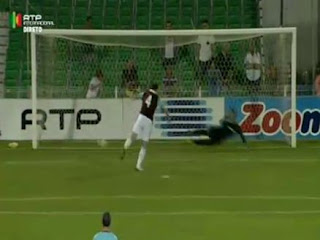 And then the Braga dude misses with Adrian saving well! 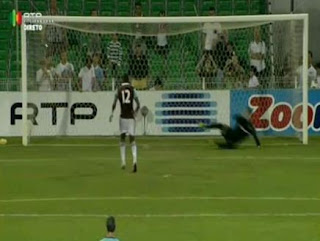 
And then Adrian does it again with another fine save! 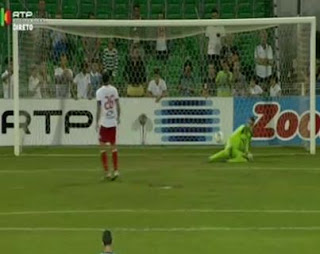 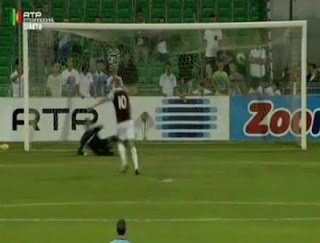 I think the lads have been getting in some sneaky peno practice! 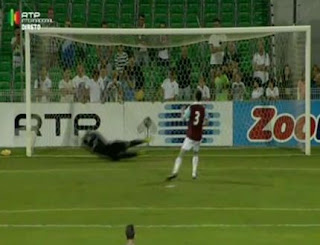 Ooogh brilliant save – ironically it was the best penalty so far!


And to compound matters Adrian is really unlucky as he gets a hand to the Braga peno but it’s suddenly 3-2.


5. Diame has been lethargic all night but steps up, He looks calm… or maybe just bored? 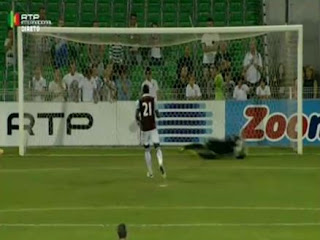 Bloody hell what was that – a pass back to the goalie?


And then Braga equalise.
And that's it - it all ends, devoid of meaning like some pointless nihilistic documentary