So finally, it’s back! In all it’s gorey glory, the Premiership is here to haunt our Saturdays, Sundays, Mondays and occasional midweek 'peace'. For Hammers fans, the new season brings much hope while the doubters hiss about ‘second season syndrome’ (SSSsssh). So, after a busy Summer of transfer rumours and a few defensive and mostly midfield signings, they may have a point as West Ham find themselves concerningly light up front.


Sources around Upton Park have revealed that in keeping with Big Sam’s openess to try out new tactics and all round desire for innovation, he has designed a new team formation that can finally provide the elusive tactical Plan B that the Hammers have seemed to lack under his two-year reign. When Andy C is missing, Big Sam can, if he so wishes, line out with a team entirely composed of midfielders! 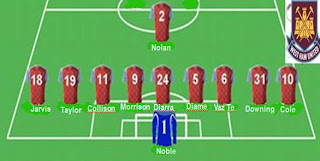 While some purists might suddenly break out in rocky mountain spotted yellow fever-like blisters at the thought of such ‘nonsense’, the stubborn Hammers boss has argued that it has a variety of benefits, not least of all that it doesn’t require employing over-priced and  moody strikers. Moreover, the English game is so stuck in the dead-empire tradition of 4-4-2, it will undoubtedly flummox most teams who are likely to be seen wandering aimlessly and confused around the pitch wondering who to mark etc.


Canny observers have spotted that Big Sam is building a Barcelona-type system where the need for actual dedicated strikers is dispensed with. A similar system was adopted by the Spanish National side – with more than acceptable results. However, spare a thought for poor Mark Noble who pulled the short straw and is being asked to fill the keepers slot. Luckily, he managed to get quite a bit of practice in that role whilst Big Sam secretly perfected the system in pre-season training in Austria! 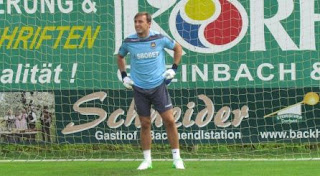