Hammer's stars urged to fake their own deaths!

As the transfer window closure date looms ever closer, the pressure upon West Ham to find a striking back-up for Andy ‘injury-prone’ Carroll has intensified to breaking point. The Hammers board have emphasised that their failure to identify a suitable striking understudy is not due to any skin-flint behaviour on their part, but rather relates to UEFA ‘fair’ play rules regarding the total wage bill that is allowed for any single club.
As such, unless the Hammers can reduce the bill (by offloading some high earners) then they simply cannot offer the colossal salaries that the ever so talented forwards of today’s game would undoubtedly expect. With no clear contenders seeking the services of Ricky VazTe and other possible exports, VERYWESTHAM have identified no less than five ways the Hammers can free up cash for a new striker!


Option One: Kill off some first team squad members. Unfortunately, the current squad lacks an obvious unpopular member. Both Alou Diarra and Ravel Morrison have previously been in the sin bin but this was for mere ‘needs a bit of a spanking’-type offences, and as such the death penalty would be perceived as too harsh a punishment for the crimes of sulking or pretending to be a gangsta etc. The likes of Gary Breen, Julien Faux-Pas and the legendary Allen McNightmare can count themselves lucky that their tenure at Fortress Upton Park predated the new regime, as a firing squad would have been an inevitable intervention in all three cases!


Option Two: Offer a pay cut for existing squad members but with payment in kind. The Hammers close association with high-brow lingerie retailers, Ann Summers would seem to offer an ideal means of ‘rewarding’ our lads for their on-field efforts. In particular, the man-boob support braces™ and knickerbox underbody armour range™ could prove pretty useful for the squad both on and off the field and thus allow for a massive cut in wages. However, any such plans have been scuppered by Captain Kevin Nolan, who has warned any first teamers who wear provocative underwear beneath their kit will be forced to room with him on the upcoming away trip to ‘crazy and anything goes’ toontown. Hmmmm. 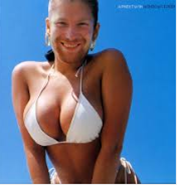 Option Three: Encourage high earning players to fake their own deaths. The Hammers bosses, having trapped themselves in a situation with a lack of anything approaching adequate striking resources, have resorted to leaving subtle hints to their first team squad that might encourage them to exit the Hammers payroll. Drawing from the amazing success of Timothy Dexter – the 19th century American entrepreneur who announced that his wife was dead and that the woman (of similar appeareance) who was occupying his house was merely her ghost – the Hammers might pretend that Kevin Nolan has passed on and that the guy who keeps popping up out of nowhere to score for the Hammers is in fact a poltergeist!


An alternative ruse might be to take a similar line to Ken Kesey, author of “One flew over the cuckoo’s nest” who faked his own death to escape a marijuana possession rap in the mid-1960s only to return alive and well a few months later back from Mexico where he had been hiding out. A similar ‘loan period’ arrangement might apply between the Hammers and their less sophisticated (and quite economically challenged) neighbours south of the Thames at Millwall. However, the ultra-violent Mexican street gang culture of South London might prove too terrifying for any of the current Hammers squad.

Option Four: Cook the books. No. Bad option. Tevezgate sent a warning to all clubs that all paperwork must be in order, forever more. In particular, Sheffield United fans would resist any moves that might result in their receiving another massive 20 million cash injection as the last one has almost resulted in their club getting relegated from the football league as they languish in the third tier having squandered colossal amounts of Hammers-donated cash on what has become a veritable donkey sanctuary at Bramall Lane.


Option Five: Try to reason with UEFA! As always with any serious news item, we like to finish with a light-hearted piece – the stranded cute little kitten rescued from a tree-type of thing – and as such we have included the ridiculous notion of trying to reason with the geriatric fascists at UEFA. With the amount of dosh that is sloshing around in soccer these days, it is abundantly clear to anybody with the slightest grasp of economics that such rules around expenditure merely serve to divert the money elsewhere e.g. under 21 players are now massively elevated in value which will only serve to populate soccer with spoilt and overpaid wannabes who haven’t yet even kicked a ball at the highest level (think Chadwell Heath pre-Allardyce!). Some unhelpful observers have suggested that if the Hammers invested a bit more in the youth system (which includes giving developing stars some occasional game time) this wouldn’t be such a problem for the club as we would have the usual burgeoning flow of young talent. Either way this option is, of course, laughably naïve as the unreasonable and out of touch UEFA ubërlords would simply use any such representations to further amuse and titillate themselves while they feast upon the continued corruption and demise of the beautiful game.

I guess it’s time to summon the firing squad.
Posted by Verywestham at 07:17