As the wage bill cap crisis continues unabated at Upton Park and the end of the transfer window looms ever closer without the arrival of that crucial back up striker, Verywestham have come up with a simple yet devastatingly effective means by which the Hammers can adhere to UEFA’s Financial Fair Play rules and legally reduce the footie wage bill to free up Messers Gold and Sullivan to spill some further cash on a new striker. 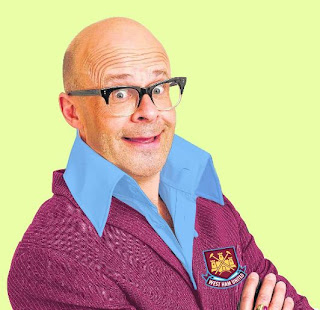 The UEFA ruling focuses upon the salaries that players receive for their footballing contributions but do not cover the often highly lucrative second careers of out multi-talented soccer polymaths. By simply tilting payments towards these activities, clubs can keep the footie players in the financial splendour that they have become accustomed to, while cutting the wage bill for their footballing services.

Upton Park whilst Collins wsas 'on loan' at Villa
For starters, the club need to finally rubber stamp their arrangement with James Collins who has acted informally as the club’s Chief Nozzle inspector since his return from Aston Villa. The role is seen as increasingly important to the Hammers success as faulty nozzles on the pitch watering system can prove disastrous – there’s a very fine balance between a wet and clingy pitch that impedes any fancy-pansy passing through midfield and an unplayable waterlogged swamp! The use of pre-match watering has been at the heart of the Hammers run of excellent performances against Man United over the recent past and who better than someone for ‘wet and miserable’ Wales to oversee this process. This can easily be used account for 25% of Collins’ salary. Clearly this role will require considerable bonus payments if West Ham qualify for Europe. 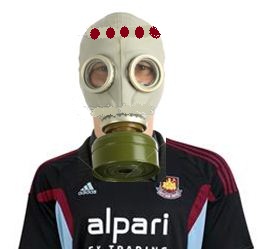 A similar salary compartmentalization can apply to Mark Noble who is the club’s Executive Infectious control officer. This key role allows the Hammers to deal with any stadium contamination caused by visiting teams- and Mark can attest to the fact that some of the Premiership sides are ‘proper smelly’ when it comes to hygiene. In particular, Mark and the team have to watch out for  : the clubs newly promoted from the Championship where resistant strains of TB and West Nile Virus are rife. They are said to be dreading the visit of Hull ‘Tigers’ as they are rumoured to be struggling to contain a nasty and persistent outbreak of scurvy.

Chief sunshine eradicator (Jussi Jaaskelainen) and Climate control specialist (Momo Diame) will be working closely together in their efforts to ensure poncy foreign-types won’t get to feel like they are at home when they come visiting the Boleyn. Diame spends considerable time preparing for each clash by analysing the opposition and in particular how to create an environmentally hostile dressing room thermal atmosphere. Interestingly, for the upcoming fixture versus Newcastle, the Hammers backroom team have always historically turned up the heat to discommode their northern opponents, but now that 97% of the Magpies squad is French they plan to switch to the Arctic breeze air-con setting.

For other Hammers staff, some already have lucrative side careers and it is planned that by reducing their working hours they can reduce salaries. James Tomkins, who is a highly sought after hand model will be released from some training sessions in order to allow him to make up the salary shortfall by taking on extra hand-modelling work.
Meanwhile, Joe Cole is rumoured to be absolutely chuffed at his promotion to Director of Origami at the club, while Ravel Morrison is reveling in finally being given a lead role as the clubs chief scarf-tester. 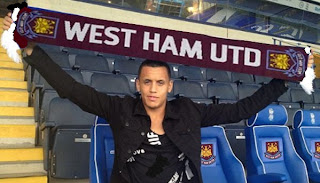 Not surprisingly, the clubs major signing during the off season, Andy Carroll, has been linked with the glamour position as Stadium tegestologist – or for those philistines amongst you – the man in charge of looking after the clubs valuable beer mat collection. These mats to commemorate club legends and their favourite beers. All in all, it’s a formidable additional task that Andy may find onerous once he is back playing again and has less free time on his hands – it is estimated that this will account for up to 30% of his £100,000 a week salary. Happily, his great mate Kevin Nolan has offered to lend a hand if needed. 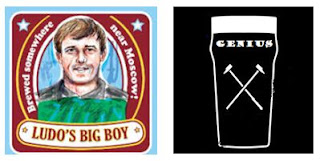 Unfortunately, it’s not all happy families as Big Sam has really struggled to find volunteers for some important roles – Joey O’Brien has labelled the offer of the position of Principal UFO spotter for the club as ‘ridiculous’, while Alou Diarra is none to happy with the additional responsibility of overseeing the development of a club policy on lighthouse containment. But spare a thought for little Matt Jarvis who is expected to turn in 30 minutes earlier each day as the new Chief curator of the water bottle museum. 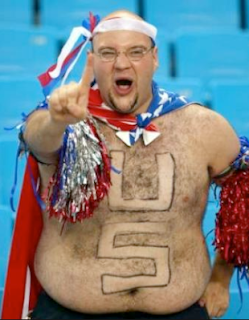 Either way, these measures will surely allow the Hammers to submit dramatically reduced football wages for the club whilst at the same time giving the privileged stars of today's squad some much needed experience towards finding suitable careers after football.
Posted by Verywestham at 14:01