Hammers chickened out on the Full Bundy

Amid recriminations regarding West Ham’s alleged decision to cool their interest in Gent striker Llombe MBoyo (who has a previous conviction for gang rape) as a breach of equal opportunities legislation by Belgian authorities, the Hammers have retreated to lick their wounds. Even more embarrassing has been their failure to disprove such damning allegations of blatant transgressions of equality regulations, they have failed to capture the signature of Loic Remy who is heading to Newcastle as he awaits developments after arrest on suspicion of an alleged rape earlier this year.


It has been suggested that the Hammers do not want to be associated with such difficulties ahead of their Olympic stadium move and thus shockingly, have wilfully failed to provide absolutely equal opportunity for employment based merely upon footballing ability. Let all associated with the club hold their heads in shame.
And as if this wasn’t distressing enough, it has emerged that some sources in the club expressed an interest in signing the infamous American serial killer and rapist Ted Bundy during the 70s but were put off by his criminal record and likely non-availability due to mandatory ‘court duty’ and likely enforced commitment to the Florida state soccer team. Moreover, sources have revealed that club captain Billy Bonds refused to share a dressing room with a known necrophiliac and as such the Hammers would have had to build separate changing facilities for the prolific psychopathic killer. Thankfully, the twenty-year rule for prosecution should prevent the Hammers from facing strong punishment for such blatant discrimination against the vulnerable and poorly understood Bundy. 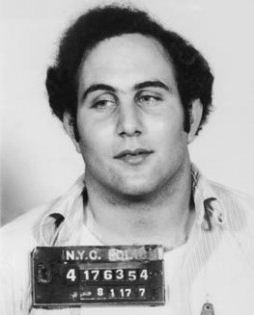 Berkowitz: Not even considered?
Attentions have turned to other glaring discrepancies in the Hammers employment record with evidence suggesting that the club have never had a convicted death row inmate on the books and “wouldn’t even entertain the possibility” of signing Son of Sam murderer David Berkowitz despite having an attacking vacancy in the late 70s when his services were available.  Some Hammers apologists have suggested that the subsequent signing of Eyal Berkowitz - was a case of mistaken identity as the club actually thought they were getting the services of the New York hitman. 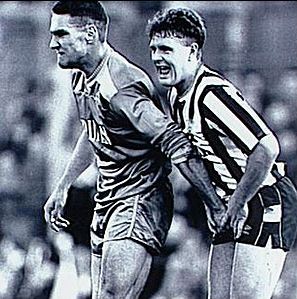 Not a registerable sex offence


Sources have indicated that there may still be hope that the club can appease the sensitivities of the official at the Equal opportunities centre – who significantly hails from the country that is particularly renowned  for its chocolate production, amongst other things – by trawling the International soccer markets for a serial killing soccer star or even a cannibalistic striker. 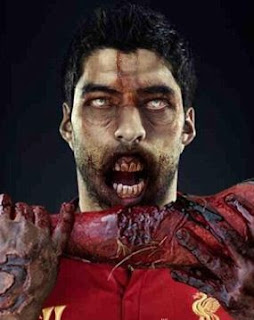 However, reports indicate that want-away soccer chomper Luis Suarez is well outside the modest East London side's budget. One option might be the Brazilian stopper Bruno Fernando de Souza who was recently convicted for organising the murder and disposal of his girlfriends remains by allegedly feeding them to his dogs! However, his refusal to travel for a medical at the club is proving an obstacle that is unlikely to appease the disgruntled Belgian authorities.

Hammers sources have moved quickly to try and calm the tide of discontent " We want everybody to have a chance to play for West Ham, even people from Millwall or Sheffield"
Posted by Verywestham at 14:05