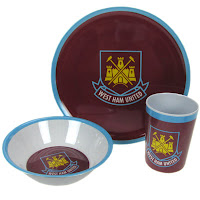 It’s all set for a culinary classic in today’s lower-mid table clash between the out of sorts Hammers and the Canaries of Norwich. The Hammers will be looking to returning players to fill the gap left by the yellow cardie suspensions of recently lacklustre Kevin Nolan and the 97% dependable defender James Collins, both of whom will benefit from the break. 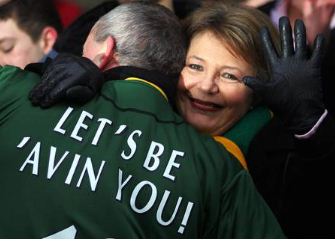 Delia predicts how many Norwich will concede today
However, in an unhelpful sideshow to the crucial fixture, Top Canary-fancier Delia Smith has become embroiled in a heated debate with other celebrity cooks. Hammers and England chef, Tim De Ath, who is widely recognised as having been the tipping influence in persuading Andy Carroll to join West Ham, has suggested that the bird should be well and truly roasted. 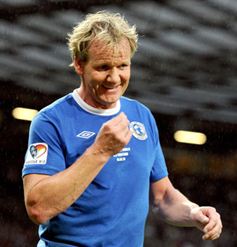 
Meanwhile Chelsea fans Nigella Lawson and Marco Pierre White have labelled the Hammers recent thrashing of the West London blues as an overcooked disaster, while Jamie Oliver has pleaded for more time so that his beloved Cambridge United can build a new team and Ainsley Harriot has predicted that with their new dietary regime Arsenal FC might win another trophy at some time in the future.

Finally, Hammers legend John Hartson has scoffed at the poncey dietary regimes of today’s footie stars revealing ‘when I was at West ham I managed perfectly well on a diet of steak and Kidney Pie washed down with London’s finest ales. If James Collins had been eating properly he most certainly wouldn’t have made such a coq au vin of that backpass against Reading last week’
Posted by Verywestham at 07:59