The makers of the CSI series received a major boost yesterday when, in the aftermath of the West Ham vs Sunderland match at the stadium of Light, Sam Allardyce demanded a full investigation into the whereabouts of the missing Hammers team. Interviewing detectives heard how he had set off from London with every intention of engaging in a feisty tussle with the Wearsiders but instead found that his team went completely missing! 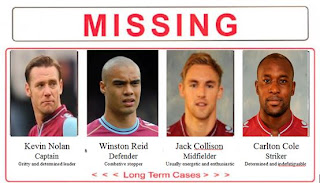 The CSI team are said to be thrilled at the prospect of staging a one-off Limey episode of the popular series but may not be able to bring their top striker Horatio 'Alex' Mcleish who is currently preoccupied with commitments in the Nottingham area. Either way, travelling Hammers fans have warned the celebrity sleuths that even with state of the art DNA testing they will be hard pushed to find any evidence that a West ham team turned up at the Stadium of Light. 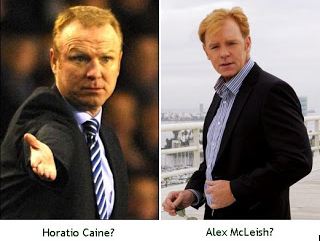 On the plus side, the ever enthusiastic Wearside public have been more than helpful with the police’s efforts to locate the missing Hammers team and have provided a number of possible leads including to the former home of Sunderland where it is thought that the pampered and overpaid stars may have gotten lost in the maze of streets that comprise the housing estate that now occupies the Roker Park site. 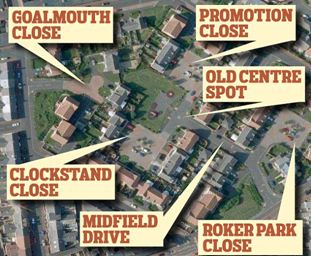 Other sources have expressed concern that the Players may have found themselves lost whilst crossing the pennines and, like the Uruguayan Rugby team of the 1980s may be soon forced to resort to cannibalism in order to survive. 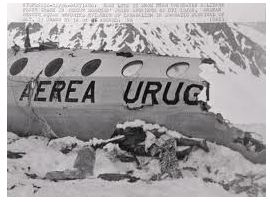 In that respect, James Collin’s huge appetite could well be the undoing of the squad and unfortunately was not something that was considered before re-signing him from Aston Villa last Summer. It has been heavily rumored that his colossal food requirements were a major factor in the cash-strapped Icelandic consortium’s decision to offload him from the Hammers staff three  Years ago, certainly an argument that holds more sway than one based on any footballing logic!

Either way, whenever his team finally return home Hammers boss Sam Allardyce has (in the spirit of these politically correct times) promised to dish out a right (psychological) hiding to his lacklustre employees by forcing them to play their remaining seventeen league fixtures in the Hammers third change kit. 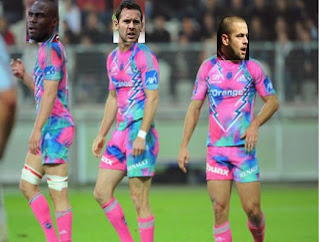 Interviewed at the Chadwell heath training facility today he chortled "there'll be no hiding in that strip..." Aharrrrrrrr!