Of course it’s all Hurst-Moore-Peters when Hammers fans talk about how the 1966 World cup was secured for old Blighty, but as West Ham made a desperate bid to stop the slide towards the relegation zone, their latest transfer window signing will remind them of the often- forgotten hero of the sixty six campaign. 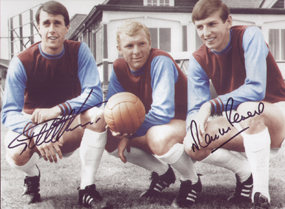 In an effort to find their lost form from the preChristmas period, Hammers have signed the services of none other than ‘Pickles’ the wonderdog who famously found the World Cup trophy after it had been ‘mislaid’ , thus saving a nation’s blushes! 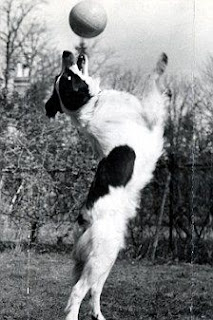 An elated Sam Allardyce commented “this is just the pickmeup my lads needed, especially Kevin Nolan who has hardly contributed a screed since late November”, and continued “ I just feel so sorry for any players who allow themselves to be tempted away from the Boleyn by the likes of Arse-nail of Spurrrrs” he muttered as he maid a ‘MO’ figure with his hands on his head. 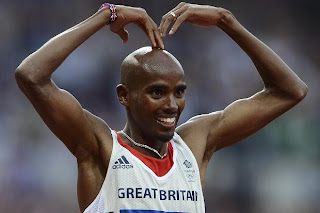 “Pickles will undoubtedly cheer everybody up, even our rubbish defence who gave away three silly goals to a very average Fulham side in last nights disappointing and worrying defeat”.


Meanwhile, hammers superbrat Alou Diarra, in his latest outburst,  said that he “couldn’t care less and didn’t really like dogs”.

It could be a long and bumpy journey until the end of the season!