Hammers arrive at the Emirates full of Eastern Promise


After months of negotiation, premiership chiefs have finally managed to agree a deal with British Rail whereby they have given an undertaking to provide public transport to facilitate supporter transport ahead of the massive clash of Arsenal and West Ham. Speculators expect a full house at the Emirates, where the mysterious men from the East (of London) will bring their exotic wares to trade with the pretentious North Londoners.

With a disappointing record of no wins and eight defeats in their last ten visits to the Emirates, the Hammers can be expected to dig deep to find ways of outmanoeuvring  the gullible Gooners.  Included in each players kitbag will be a selection of nutricious and energy-boosting snacks, including a more than healthy supply of their very own ‘Turkish Delight’ bars. 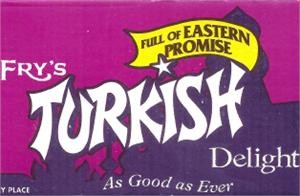 With the battle for the allegiance of Hammer's midfield man mountain Momo Diame very much in the air, Gooners fans have been shocked to learn that their own midfielder, young Jack Wilshere, is in fact a loyal and committed bubble. 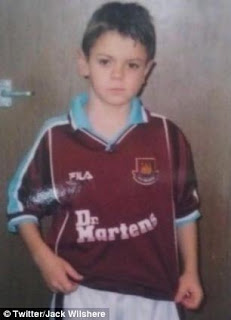 Observers have commented that with the recent Maroanne Chamakh swap, coupled with  Guy Demel's previous Goonerism, it could well turn out like musical chairs, with anything possible during the half time break including Wilshere changing allegiances for the Hammers for the second half (3/1), Demel scoring the crusial winning goal for the East Londoners (4/1) and at a (very) outside bet, Diame deciding to take a pay cut and stay loyal to the Hammers who liberated him from the shackles of wicked Wigan (9/1). 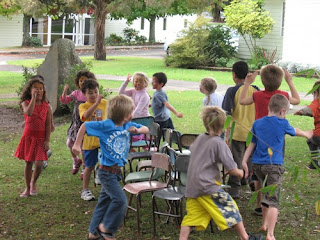 Meanwhile, mutinous Hammers employee Alou Diarra took time out from the hectic regime that is helping him back to action after six months on the side lines due to injury to lash out at the astonishing lack of diaper-changing facilities for our morally incontinent soccer superstars. Hammers head honcho, Dr Sam Allthedice, moved to reassure future spoilt-brat recruits by announcing plans to extend the current 'entitlement' suite as part of a major expansion of the self-absorption facilities at the Chadwell Heath training ground. 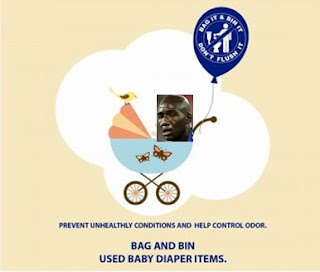 In other soccer-confectionary news, lowly QPR have been fined for sneakily adding extra hoops to their unsightly home strip. It is widely recognised that, in keeping with Sir Isaac (no, not Hammers failure Adam) Newton's thrid law of physics, whereby each action provokes an equal and opposite reaction, is one of the principal factors behind the scandalous reduction of Yorkie bars from a six-chunked feast to the current miserly and unsatisfying five pieced unit. 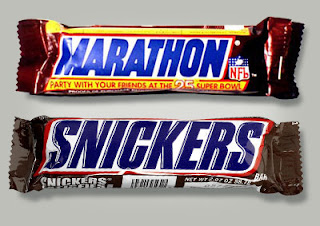 Sadly, MK Dons recent defeat of the plucky AFC Wimbledon outfit means that the triumphant return of the fabtastically presented and sensationally satisfying Marathon bar will have to be postponed for the present. Wibledon fans have vowed to continue their fight to reinstate the marathon bar alongside their own rightful 'Dons', whilst ridding the confectionary world of the MK Dons-Snickers scourge. 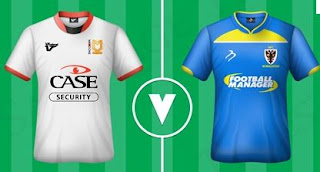 Either way tonight we can expect blood, sweat and treacherous tears!
Posted by Verywestham at 06:47