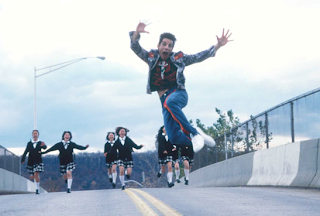 In embarrassing scenes reminiscent of the award ceremony in Zoolander, where a presumptuous Derek walks on stage to collect an award that has in fact been awarded to the much ‘hotter’ Hansel, it emerged that Manchester united PLC were so cock sure that they would win their third round replay with Sam Allardyce’s gutsy West Ham United that they advertised tickets for the fourth round of the FA cup before last night’s match had even kicked off!

This desperately premature ejaculation by the over excitable Manchester club has been put down to their over enthusiasm to put one over on the Hammers. Certainly Wayne Rooney’s fumbled penalty effort would support this theory as he appeared anxious and hurried, rushing the moment like a nervous schoolboy before blasting off unexpectedly wide of the target.

For ‘United’ this latest gaff is almost as embarrassing as the newspaper reports just before the final match of the season last year when they were pipped by two late late strikes by their more financially muscular Mancunian neighbours. 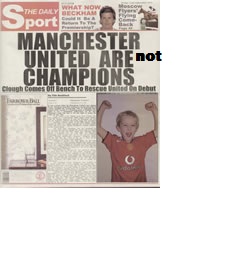 For some Hammers fans, however, this arrogant gesture has catapulted West Ham-Manchester United relations into their biggest crisis since the ‘Ince-gate’ fiasco when, as an impressionable young Hammers starlet, Paul Ince was duped by the mendacious Mancunians into wearing a Man United jersey whilst still a Hammer.

The whole debacle is sure to add to concerns that the cash strapped club is resorting to increasingly desperate measures to keep up with the demands of their American ‘business model’.  The tragic fans, who have been cynically used to facilitate the financial acrobatics of speculators have been forced to endure extreme sales tactics (such as peddling a product before it exists!) in order to assist the club offload their overpriced product.

And in perhaps the most disturbing developments, it has been reported that even the statues outside Old Trafford have turned to pickpocketing in order to try and raise much needed cash to meet repayments on their 'restructured' debts.