Fed up with all the squad-unsettling speculation regarding his future, future Hammers Captain Momo Diame has decided to follow in the tradition of our best poets and ‘show not tell’ by chaining himself to the gates of the Upton park stadium in order to send out the strongest possible message to Arsenal and Spurs that he is a resolute Hammer. 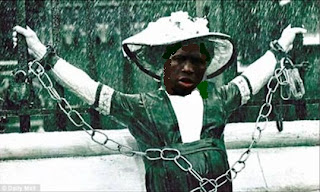 Hammers chief of football, Bobby Fischer, has warned that he believes the Diame speculation may be a dummy run from our deceitful neighbours and have taken the precautionary measure of also physically securing Hammers ace centre back Winston ‘Wonderful’ Reid.

Given the craziness that characterises the period just before the transfer window closes, Hammers chief David Gold has issued all squad members with some handy hand cuffs from the Ann Summers range. Hopefully these will keep our players well busy and out of harm's way over the coming weekend while they are inactive for round four of the FA Cup. 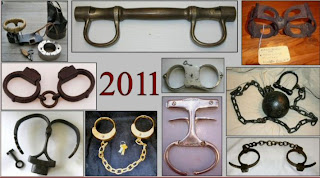