Big Sam Allardyce was left bemused as to how his totally dominant West Ham side were denied all three points against a plucky but desperately outclassed visiting QPR side.  With 63% possession,  22 shots (of which 13 were on target), a whopping 12 corners and the gobsmacking total of 92 throw ins, his Hammers side simply couldn’t get the all-important  goal that would have sealed three points. 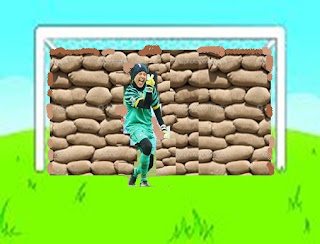 QPR were on the back foot right from the start but, amazingly, scored a breakaway goal after 14 minutes with possibly their only offensive contribution to the whole match. After that, it was all defence, assisted by Harry Redknapp’s latest piece of Cockney wizardry that involves blocking the goals with sandbags! As the experienced old codger was quick to point out “Nowhere in the FA rulebook does it say that you cannot bring sand on to the pitch”

In actual fact, QPR wigs have further advised that in actual fact there is a clause under the Emergency Provisions Act that dates back to WWII that allows for participants “to bring any necessary equipment on to the field in order to protect against a German invasion or other military attack”. As a result, Big Sam’s protests about the sandbags were overruled by match referee, Howard Webb, who is suspected of having military leanings

There was a further boost for elder esteem when QPR’s ‘mature’ defender, Shaun Derry (35 years young) made it through the whole match without getting hurt, and even better still, in no way disgraced himself!  Age Action responded with a barrage of (mildly patronising) compliments for the aged stopper before seizing on today’s proceedings as a prime example of the ‘age over energy’ and called for a ‘combat ageism’ quota system.  The group quite rightly point out that apart from Ryan Giggs there is no player over 40 years of age in the Premiership, and in his case it’s only because Sir Alex is too tight fisted to buy a replacement until he flogs the very last out of the tragic Quadragenerian.

Either way, it’s feet up for the night and then back down the training ground tomorrow as both sides continue their relentless quests for 40 points and Premiership persistence.