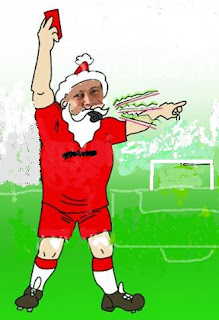 Well who would have thought it – just when the Hammers were starting to look like relegation fodder, the real Santa Claus pops up in the form of the one and only Mark Clattenburg! After a mere three minutes of play, he awarded a penalty for a more than innocuous looking challenge by Bennett on Reid in the Norwich box and up stepped Mr Reliable, Mark Noble. One – Nil to the Cockney boys. 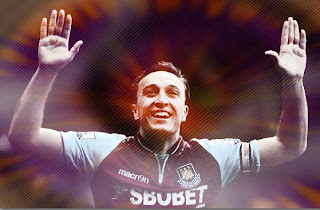 The Hammers were well in the driving seat but managed to survive two gilt-edged equaliser moments for Norwich with Snodgrass rattling the post and then Clattenburg getting tinsel in his eye and missing a clear handball by Reid in the Hammers box. Phew! And as luck would have it, Joey ‘The Lips’ O’Brien tapped in a second a few minutes later and suddenly the Hammers were coasting. They enjoyed continued dominance for the remainder of the first half with Matt Jarvis in particular proving a twisty nuisance for Norwich to get to grips with. 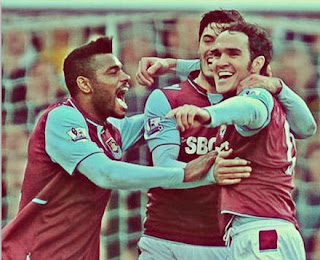 
The second half continued in similar vein - Vaz Te had another ‘unlucky’ header that tipped off the post but the Hammers couldn’t seem to kill it off. Norwich for their part huffed a little, then puffed abit more, but ultimately looked pretty toothless until a classy strike from Russell Martin. Even then, the Hammers saw it out with relative ease. 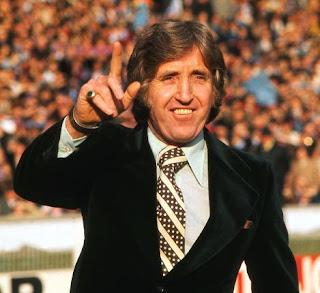 We have not forgotten
Hammers faithful will say that some good fortune was well overdue after recent mishaps, while for Norwich it’s another disappointing defeat. They will need to beef up their offence during the transfer window to stop the slide. For Mr Calttenburg, he'll need to start getting a higher percentage of calls correct as one might suspect that all the sympathy  after the Chelski shenanigans is running out. 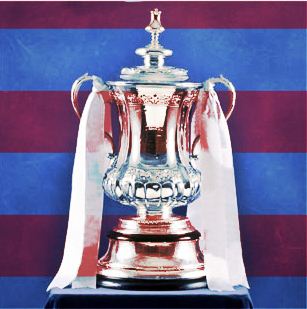 Next up…..it's that thing of great beauty that makes sane men come over all crazy (No, not Karen Brady) - the third round of the FA Cup! We all look forward to some mayhem against the high flying Mancs.
Bring it on!