Sunderland vs West Ham Preview: Stalking in a Winter Sunderland

Tomorrow’s clash at the Stadium of Light will be a season-defining one for both combatants, with the Hammers looking to push back into the top half of the league where they can lounge around and experiment with some champagne football, while the Black Cats will hope to develop upon their recent improved form and soften any worries of relegation battling when the season moves in to the final run in. 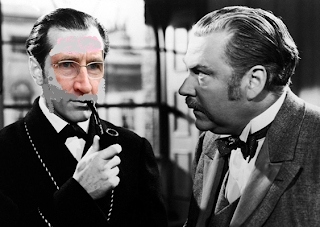 Super sleuth, Sunderland boss Martin ‘Marty’ O’Neill, is known to have a voracious appetite for mystery and intrigue and will no doubt take the opportunity to cross examine Hammers witnessesas he re-opens the unsolved mystery file that pertains to Pop Robson’s 1972-3 season in the top flight. The prolific striker scored a colossal 28 times (with only two penalties in that lot) winning a golden boot award but was still denied an England call up!!! It is expected that both Mark Noble and Kevin Nolan will assist in the investigation which is likely to focus upon the ‘played for West ham’  link that is common to all three International snub cases.

Sunderland sources have expressed concern that O’Neill’s curiosity may distract him from the very conspiracy that lurks within his own Sunderland ranks whereby two of his principal henchmen, Steve Walford and Pop Robson, have obvious divided loyalties and are most likely to pass dodgy advice his way such as ‘ no need to mark Nolan’ or ‘that Joe Cole looks past it’. Either way, Marty boy is caught in a paranoid web or double dealing insider intrigue wherein betrayal is inevitable and there is simply nobody that he can trust, even his own double agent centre back, Tit-us Bramble. 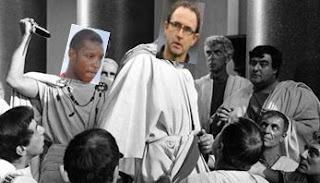 The stage is thus perfectly set for West Ham to repeat the 1968 8-0 thrashing of the former Roker men when Hammers legend, Sir Geoffrey Hurst, scored a double hat trick! Meanwhile, Hammers statistically-sensitive boss Sam Allardyce will be delighted with his teams position as the side who have committed the most fouls so far this season in the Premiership. It seems that the Hammers are making an effort to single-handedly maintain the image of modern English football as a man’s game rather than some modern dance interpretation of medieval battle.