The latest trend amongst football fans worldwide is simply rampant at present, including at the West Ham camp as a sensational shot released today reveals! 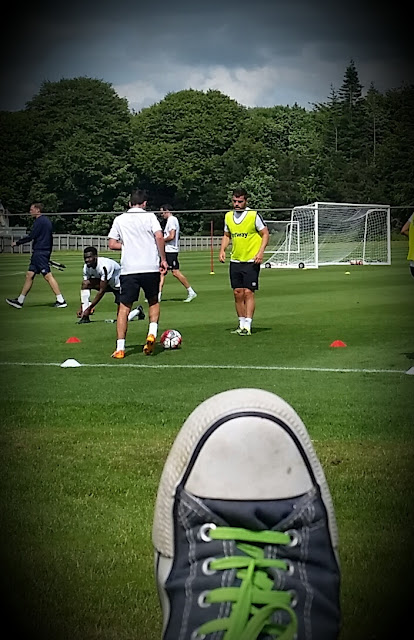 Some intrepid Hammers fan managed to sneak into the too secret pre-Europa league training camp and capture both Elliott Lee and Josh Cullen with a stunning example of a footie!

The season has hardly begun and already the Hammers are pushing for top awards....well done lads, let's hope Mr Bilic rewards you both with some Europa league action on Thursday!
Posted by Verywestham at 15:41