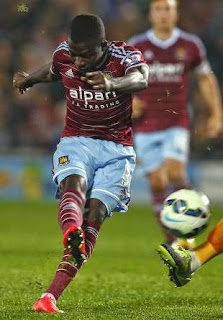 His time at West ham began well, as he teamed up with the on-fire Diafra Sakho forming a formidable striking partnership that thrust the Hammers to the dizzy heights of fourth place by Christmas.

Along the way Valencia notched up a few strikes but seemed unlucky not to score more with a series of close misses. None the less, the omens were good, with his stunning strike against Hull a goal to remind us all that he is world class if given space and time. 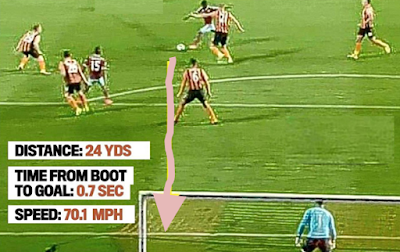 But it hasn't kicked on for the Ecuadorian. Ultimately he managed just 4 goals all season despite being given his preferred free role on the left wing for much of the time. Interestingly, this contrasts with his performances at International level where he keeps banging in the goals at a rate greater than one every second game - as poor Mexico found out last night!

The challenge of adjusting to life in a new continent for a lad who previously worked as a farm hand in Ecuador cannot be underestimated ( but was perhaps overstated by Sam Allardyce who fretted that the lad might mistakenly eat dog food due to language difficulties!). He also had the misfortune of sustaining a nasty foot injury in a freak domestic accident that kept him out of action gor a (brief) spell. Moreover, the rumours of interest from Chelsea may have also distracted the lad.

Next season will see a new style under Bilic that will surely better suit the talented Ecuadorian who will also now be fully acclimatised to the speed and aggression of the Premiership. The return of Sakho et al to full fitness will also help.....

All in all its looking like 2015/6 could well be Valencia's season to really shine. Having put in the hard work supporting his acclimatisation, the Hammers will be looking forward to reaping the rewards of their patience!
Posted by Verywestham at 02:12