West Ham Strip Down to the Nipples!

After the apparent success of the Hammers new home strip, attentions have turned to the possible design of the away jersey. 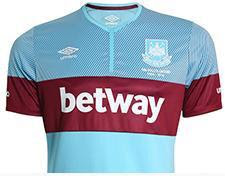 Already a number of leaked images and mock ups have started to emerge -with the "interesting" looking effort above the most plausible to date.

Given the supermax levels of nostalgia that are doing the rounds as we approach the final season at the Boleyn, fans are predicting a return to our sky blue with claret hoops design rather than some of the white / darker blue efforts that have been used in recent times. 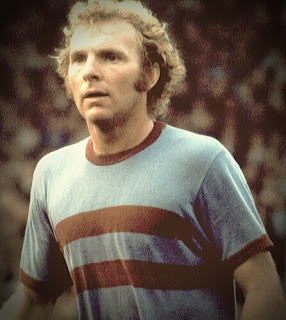 The secret to capturing that classic away jersey look is in the positioning of the claret hoops. As our top model Mr Moore demonstrates, the upper of the two hoops must be at nipple height in order to avoid the disappointing efforts from 2001 and 2011 shown below. 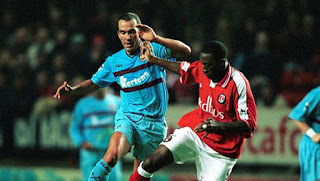 While the umbilical hoop positioning of the 2011 version was aesthetically unappealing as demonstrated by Mr Noble. 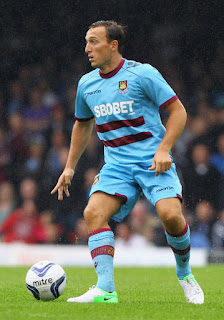 Its hard to decide where to place the Betway logo unless it is placed upon a single nipple-height hoop.

And that's not the classic design. Hmmmm.

1. The sky blue should be of similar colour and design either side of the claret hoops - unlike the proposed design above.

2. The away strip should be devoid of white - JUST claret n blue.
Posted by Verywestham at 03:52