The contrasting fortunes of Bilic and Stimac 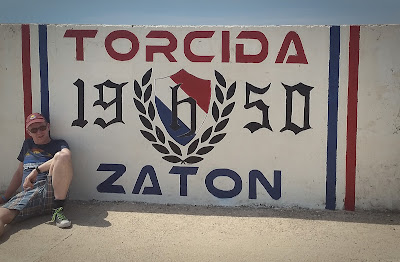 The four have had mixed fortunes, with Suker arriving at the end of a glittering career for an injury-prone season that delivered two goals in eleven appearances, Petric providing a couple of months attacking cover during an injury crisis with three unfruitful appearances, Stimac was a useful capture from Derby County and provided robust defensive cover with 43 appearances over two seasons, while Bilic enjoyed a hugely impressive spell with 48 appearances over 2 years before being snapped up by Everton (ed note: we will no longer sell our best players to the likes of Everton and Spurs when we are in the OS!).

Petric is now seeing out the final part of his career with Panathinaikos, Suker is the President of the Croation football association, Bilic has just arrived at West ham with a whirlwind of good feeling, while for Igor Stimac times are tough having recently got back into management after a break enforced by his sacking from the Croatian national team managers berth. Stimac was handed the role of manager at Zadar in January - something of a poisoned chalice given that they were rooted to the foot of the Croatian Premier League and subsequently relegated after a plucky but unsuccessful fight to beat the drop.

Stimac has been given the nod to rebuild Zadar but this is a daunting task in a country where footie energies focus upon the rivalry of the 'eternal derby' between Dinamo Zagreb and Hadjuk Split. Moreover, support in Zadar is at an all time low due to fan's disatisfaction with both on and off-field performances.

Bilic and Stimac formed an impressive centre back partnership for Croatia during their most successful period around the 1998 World Cup where they were unlucky to finish third. The link between the pair was undoubtedly helped by the fact that both come from the Hadjuk Split side of the Croatian football divide, having both served as player and manager.

Looking at their respective records as National team coach you have to feel sorry for Stimac. He inherited the role from Bilic in 2012 after a hugely successful 6 year period during which Bilic's win rate was 65%!!! Stimac managed a respectable 53% success rate over the following 15 months but was sacked after a run of poor performances that included a fortunate draw with arch rivals Serbia and, finally, a defeat to mighty Scotland!

Right now they face contrasting battles in the season ahead. We wish both the very best of fortune, and never forget.....Mrzin Dinamo! 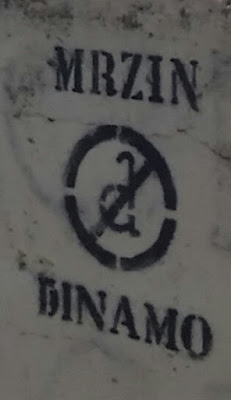