Ravel Could Face the Death Penalty... 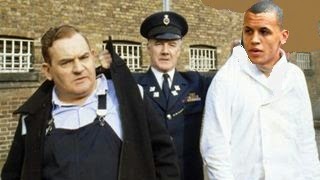 As Hammers starlet Ravel ‘Raveldo’ Morrison continues to stew whilst on remand at her majesty’s pleasure, the soccer star might ponder how fortunate he is that he is not a basketball or American ‘Football’ player in the USA (or any of the other 57 countries who still practice capital punishment) where he would almost certainly be facing a death sentence or similar form of justice for his alleged wrongdoings of last weekend.

The UK gave up on exterminating it’s perpetrators just around the time they last had a decent football team (Yes- the West Ham-inspired boys of ’66!), prompting some observers to link the demise of the death penalty to the shortage of decent English players to make up a capable footie-firing squad. However, there is no guarantee that the current government won’t reintroduce the punishment in an effort to garner popularity with the growing far right movement that has gathered within the UKIP party.

One option would be for Morrison to be extinguished by lethal injection – a sinister and painful method that has recently been exposed as quite seriously ineffective for many recipients who can sometimes be left writhing in agony for up to an hour before finally succumbing. A far more severe punishment would be that dished out to Joey Barton who was convicted of assault in 2008 and forced to repay his debt to society by working on the chain gang that is Honest Harry Redknapp’s QPR. However, after spending four months at Loftus road earlier this season, it is thought that Morrison may have developed a liking for the blue and white hooped jersey that is favoured by QPR, Reading and most prison chain gangs.


Irene Grimshure, an elderly woman who is thought to use the same local convenience store as Ravel’s mum, expressed her concerns for the poor lad as he faces into another week of prison awaiting the actual trial “I hope those other inmates leave him alone – he’s still recovering after a recent groin operation and needs to get as much rest as he can” she pleaded "you do hear such awful stories about what goes on in prisons between the inmates". 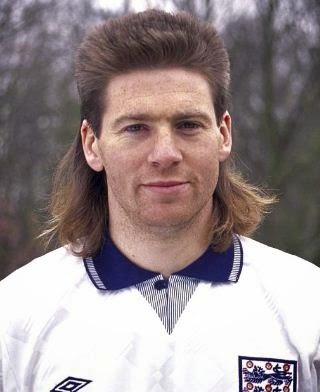 Other sources have dismissed concerns regarding Ravel's possible death pnalty verdict as media hysteria and point out that Death by Penalty (shoot out) is a punishment that is regularly dished out to English footballers (mostly by Germans) with Gareth ‘insipid boy next door’ Southgate and former Hammer Stuart ‘Psycho’ Pierce as previous victims. In some cases the punishment may not be full and absolute death as in the case of Chris Waddle who’s punishment was commuted to a life sentence wearing the awful mullet he adopted as a ‘fashion’ statement in the early nineties.

As the Hammers prepare to face Schalke today at least we can rest assured that if it's level after 90 minutes on this occasion there won't be any capital punishment dished out to our lads!
Posted by Verywestham at 17:34