Will Noble be Joining the Emerald Hammers XI?

With Mark Noble apparently about to sign up to Martin O'Neill's Republic of Ireland squad based upon his grandparents from Co. Cork , we take the opportunity to celebrate all things Irish and seize the opportunity to consider how a team comprised of the greatest Irish Hammers (s0 far!) might look.


So here it is, after detailed trawling through club records, a team coddled together from the most notable Irish players to turn out in the claret and blue.


Goalkeeper: We have had a lot of short stay Irish netminders at the club with no single player really making the position their own. Allen McNightmare was certainly the most memorable, sadly for all the wrong reasons – possibly making the greatest contribution of any single player to our relegation in 1989. Will we ever forget all those crazy moments when he came running off his line only to get stranded in no-man’s land!

As such, we have given the netminder role to (now) ex-Hammer Stephen Henderson who endured a frustrating time at West Ham as he dislocated his shoulder while on loan in a collision with Notts Forest's fellow Irish International Simon Cox and  had to watch as Adrian seized the gap presented by Jussi Jaskelainen’s gradual retirement, but he gets the nod and hoepfully will get every chance to justify this selection  over the coming years….fingers crossed!


The defence was… well, frankly, worrying! Unbalanced and not endowed with aerial presence. There would undoubtedly be much sweating at set pieces.


Joey O’Brien at right back is the man of the moment (and had no real challenge from former players). The uber consistent and ydnamic defender has become a Hammers favourite and is set to return to action having recovered also from a dislocated shoulder. It's surely time for Martin O'Neill and Roy 'gentleman' Keane to bring him into the Republic of Ireland squad.


Centre back is a real patch up…..Gary Breen and Clive Clarke…Hmmm. At times we saw Georgie McCartney provide pretty solid cover in that position but the disatrous injury-fest that beset the club last December demonstrated how Georgie is better suited to full back as the likes of Man City ran riot through a porous central defence. Never the less, we are going with Gazza Breen and Georgie. They may lack aerial prowess, but Colin Clarke was too lacking in mobility and not suited to 21st century footie.


Midfield is by far our strongest zone. Steve Lomas as enforcer and water carrier and a nice partner for Chippy Brady. Although Brady is primarily a Gooner, we got two very decent seasons out of him that included some cracking moments such as a delightful strike against the Gooners!.


Of note: Kevin Nolan should be on this list but no manner of persuasion has been able to  get him to use the Parents rule as qualification. Perhaps luckily for West ham since the extra mileage of International football might have caught up on those now ageing legs.

So who would be sacrificed to accommodate Mark 'O'Noble' if he decides to opt for Ireland? Maybe we could kop out and go for a 4-5-1?


Up front, David Kelly underachieved – too light for top-level English football. David Connolly was too, well, David Connolly (i.e. perfectly average). Robbie Keane came and went in the blink of an eye, with most of that time spent on the injury room table, but on the basis of what might have been (and forgiving him the goal-line miss against Blackburn that could have spurred a more meaningful survival bid two years ago) he gets the nod, just! 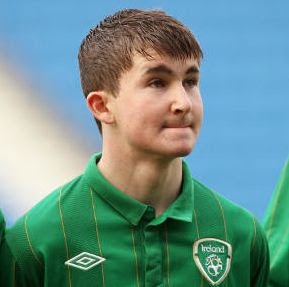 Hammers fans will be hoping that young Sean Maguire, who is presently on loan at Sligo Rovers in the League of Ireland, will make the step upwards into the first team. he's still a mere 19 and has lots to learn, and so far has notched up there appearances for 'the bit of Red' (as Rovers are called). Again, fingers crossed!

And finally, the terrifying Iain Dowie – a true Hammer who was not prolific by any means but always gave 100% and created opportunity for those around him. A real servant who had two determined spells at the club and is one of the more refreshing TV pundits about. Loyalty – a rare thing amongst our footballing folk these times.


So, a team that would by no means be worldbeaters, but we might expect plenty of effort with O'Noble pulling the strings from his defensive midfield berth, lockpicker supreme Liam Brady always likely to find a moment of magic, while Michael Hughes would be sure to spoil a few Man United celebrations and Robbie could always organise the post match party! 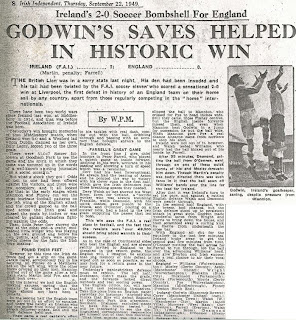