After a respectable silence of 24 hours, Hammers fans are now speaking openly about the latest tragedy to hit their neighbours at Tottenham. Apparently coasting, with a new master of ceremonies in Tim Sherwood, with ten minutes to go and suddenly their world fell apart (again) as the Hammers thumped in two late goals before a delicious Modi Maiga strike rattled the bar as a parting, and somewhat humiliating, shot.


Having squandered the Bale billions in a portfolio spreading series of acquisitions, the North-east London outfit are truly down on their luck. The identity of the  ‘controversial’ ‘Y-army’ has finally been revealed and, far from some reference to any religious leanings, the ‘Y’ in fact refers to the eternal questioning of purpose and meaning that haunts Spurs fans –WHY indeed?


Meanwhile, the suffering can only be aggravated by the news that their irritatingly buoyant neighbours over at the Boleyn are about to receive a further boost. Rumours are gathering regarding the return of the messiah in Andy ‘Jesus’ Carroll, who announced his imminent reappearance with a twatter posting yesterday that will provide a real filip to the faithful as the Hammers face into some difficult fixtures over the next few weeks.


First up will be the stuttering Red Mancunians who can provide some further fodder for the ruthless Hammers - who will undoubtedly relish taking on a doubt-ridden Moyes-led side who may be without both Rooney and Van Persie. Maybe it’s time foor the wounded Maiga to go on a scoring spree? 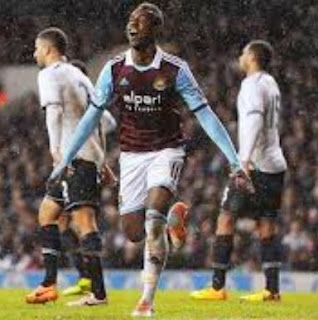