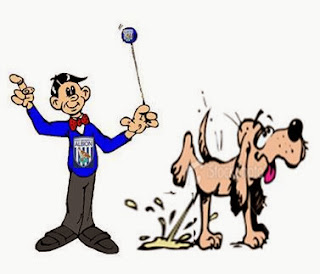 Oooogh, here we go. The real season has commenced where we get to see who really are the men and who are mere boys as the stakes get higher. Let’s face it, the end of last season was REALLY boring without our annual relegation battle histrionics and, in the absence of a genuine European challenge, the relegation fist fight is the best we can muster.  In that sense, today’s opponents – fellow relegation scrappers West Brom represent ideal opposition as the great escape starts in earnest!
The Baggies are another side who swooned last year but have struggled to get going this year and jettisoned their manager in the process. However, ex-Hammers coach Steve Clarke must be more than a little disappointed to have been shown the door, given that he had dragged the West Midlands side away from their usual relegation Yoyo-ing to upper mid-table security. No doubt he will be welcomed warmly elsewhere, and return in the near future to wreak his revenge on the foolish Baggies board.

Meanwhile, Big Sam AKA ‘the Cuddly from Dudley’, must wait on James Collins and Ravel Morrison who are doubtful. Their availability is likely to be crucial. Allardyce was a Wolves fan as a kid and therefore the pleasure of putting one over on the ‘local enemy’ will serve as an additional incentive. Carlton ‘Killer’ Cole – who is in deadly form of late, will again lead the line and we can expect a physical battle with the experienced Jonas Olsson at the West Brom end.

With these pair having amassed a mere three points between them during December, this game will double that haul regardless of the result. We can expect a frantic and tense encounter. Allardyce is under more pressue than Baggies stand-in-boss Keith Downing, so let’s hope the additional pressure doesn’t rub off on his players. It’s not clear how the Baggies intend to use Shane Long, who must represent a decent target for the Hammers in the January window as his form has suffered from the rather eratic use of him in the Baggies starting line ups this season.


Either which way, it'll be blood and guts out there. our hearts predict a tense 2-1 encounter, with the odd goal going the Hammers way.  The head senses a 0-0 as the drowning men pull eachother deeper into the relegation mess.
Posted by Verywestham at 02:17